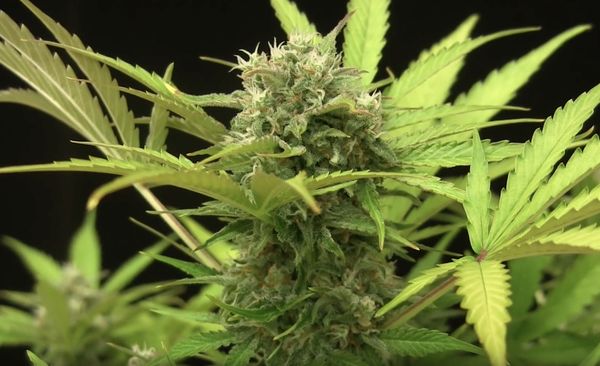 Resulting from the cross between Critical + Autoflowering and Cheese Autoflowering, two of our best performing auto lines, Dinafem's Critical Cheese Autoflowering is a faithful reflection of her predecessors, which were born to a saga of iconic genetics emerged in California more than four decades ago. An autoflowering plant that surprises with her high amounts of hard, compact buds covered in resin and an aroma that reminds of Critical +, but complemented with sweet hints of Skunk and blue cheese.

Blue cheese? It's all in the terpenes

But how on earth is it possible that this cannabis strain smells just like a product of animal origin? The answer is in the terpenes, the chemical compounds responsible for the smell of cannabis as well as some of its medicinal properties. These volatile molecules are also found in fruit, herbs and spices and allow us to tell cheesy strains from flowery or even oily ones. Cannabis alone contains over 200 hundred terpenes, who are also responsible for the plant's colour and flavour, although not all of them can be linked to a particular smell.

The varying levels of resemblance to cheese are due to the acids found in terpenes, such as caprylic or octanoic acid –present in milk and coconut too – and hexanoic acid, which is also found in animal fat and smells like 'dirty socks'. Another compound worth mentioning is methanethiol, an unpleasant smelling gas that reminds of rotten cabbage and that is naturally found in some cheese strains as a result of the action of micro-organisms.

Disgusting as it may sound, these acids are an important part of the composition of some essential oils and are to some degree associated with dairy products such as camembert, Roquefort, manchego and blue cheese, to name just a few. The type of cheese they remind of will ultimately depend on the concentration of the acid.

Renowned strains such as queen of production Critical + and Cheese tend to intimidate growers, who don't feel confident enough to cultivate them precisely because of their strong smell. Well, this is not the case with Critical Cheese Autoflowering by Dinafem. Extremely easy to grow and highly rewarding, beginners will have nothing to fear and will be able to obtain amazing yields with very little attention as there is no need to control the photoperiod.

In just 75 days, you can expect a crop of up to 160 grams per square meter. And the location won't be a major issue either, as this strain thrives equally well indoors and outdoors. In any case, if you use natural light only, you will be harvesting up to 180 grams per plant. Don't say we didn't warn you: her fast growth rate under the summer sun will totally blow your mind.

Autoflowerings are made for summer

Critical Cheese Autoflowering performs really well outdoors in temperate, Mediterranean climates or in a greenhouse, particularly during the summer. Autoflowering strains enjoy the sun and mild temperatures and if the warm season of the area you live in is long, you may harvest them more than once a year. In the south of Mediterranean countries, for instance, were winter is often mild, they may be grown well past the summer and harvested up to four times a year.

Another benefit of autoflowering strains is their smaller size, which allows you to keep a low profile in your balcony or terrace. Plus, their short life cycle makes them less prone to disease than non-automatic strains, as insects have literally no time to become a problem.

As mentioned earlier, Critical Cheese Auto by Dinafem has an irresistible flavour and aroma with dominating notes of lemon and, needless to say, cheese. The effect, with a THC content of up to 19% and just 0.3% CBD, is every bit as amazing, so handle with care if you are not used to such potent strains.

As soon as you try her, a storm will hit your head triggering a feeling of euphoria that will linger for hours. So whenever you come home exhausted after a hard day of work, this cannabis strain will be all you need to unwind. And, by the way, you should also be prepared to raid the fridge in a sudden fit of hunger. 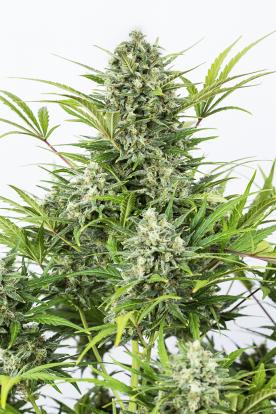