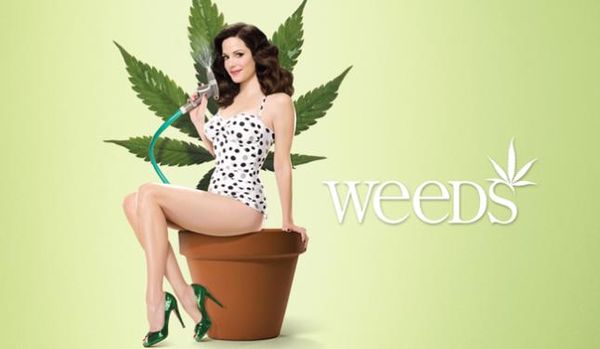 Who would've ever thought...

Battered by prohibition and demonised for decades, things seem to be changing for cannabis as regularization brings with it a more realistic outlook on the substance, which translates into more accessible information and less fear. Good examples of this new trend are the acclaimed tv series that have turned the plant into their main plot:

The name leaves no room for doubt. Starring Mary-Louise Parker, Weeds tells the story of Nancy Botwin, a suburban American housewife who turns to dealing marijuana following her husband's death. Her original intention is to get some extra money to maintain her children's and her own lifestyle, but the situation gets out of hand and she ends up running her own cannabis empire. Tense and fast-paced, things get increasingly dangerous and twisted for the heroine and her children as the seasons progress. This is one of those series that makes you want to gobble up episode after episode. An absolute must-see.

Interestingly, Weeds is based on the life of Dr Dina, the first woman who ventured into opening cannabis dispensaries in Southern California. Although the tv series is pure fiction, Dina herself told VICE that the character of Mary-Louise Parker is based on her own life.

Disjointed is one of Netflix's latest creations. Premiered recently, the series offers an unbiased approach to the cannabis industry. The great Kathy Bates plays the role of Ruth Whitefeather, a cheerful, idealistic cannabis activist and owner of a medical marijuana dispensary that encourages her customers to sample the joys of the plant and see life differently. A comedy that portrays a change of mindset in large parts of American society that is reaching more and more states.

Netflix has done it again. Known for its mould-breaking marketing campaigns - e.g. the controversial slogan used to promote the acclaimed Narcos, 'White Christmas' - the producer of Disjointed hasn't thought twice about putting marijuana on sale as an advertising strategy for the promotion of its new series.

Bates Motel may not revolve around cannabis, but its portray of marijuana as an integral element of the social landscape is a clear reflection of the growing social acceptance of cannabis. Otherwise, the series is a psychological horror prequel of Alfred Hitchcock's Psycho. So if you are not afraid of a little shiver here and there, this is definitely your show.

Created by Ben Sinclai and Katja Blichfeld, this American series gets you hooked from minute one with a good those of harsh reality. The show follows a cannabis dealer known as 'The Guy' as he delivers his product to clients in New York. Let us warn you: Once you start watching High Maintenance chances are that you end up going on an episode binge, and not only because of their extremely short duration, also because its comedy scenes depicting day-to-day life are highly addictive. Bon appétit!