Although it was traditionally always one of the most prohibitionist states in Europe, Italy has now really overtaken other countries that had more relaxed cannabis policies. Politicians and activists have been in discussions for months in order to find a pathway towards legalisation, and one that meets the demands of the cannabis sector. Although there is still a long way to go for the scenario to be as perfect as possible, the progress is obvious and many figures from the public sector have been involved in it. It seems that the Mediterranean country has become a decisive role model for a continent that, instead of moving forwards, seems to be taking steps back in time.

The latest news to come from there is encouraging; the Italians have recently modified regulations that govern the activity of institutes that use cannabis for medical purposes. Specifically, they have stipulated that those who fail to comply with what is provided for in authorisations at a given point (for example, growing more cannabis than that which is allowed) are not to be punished and will simply have to pay a fine. This means that the aforementioned lack of compliance will stop being a crime and will be considered to be an administrative infraction. This is a very important step forwards towards progressive decriminalisation of medical cannabis.

In any case, and with the unnecessary level of fear as always, the Minster of Health Beatrice Lorenzin wanted to make it clear that this is not a decision that legalises the personal growing of the plant, rather, the measure only benefits those that had permission to keep medical cannabis. “This is not decriminalisation of the use of cannabis for medical purposes, rather, it is a change” to what was already permitted before, she added. 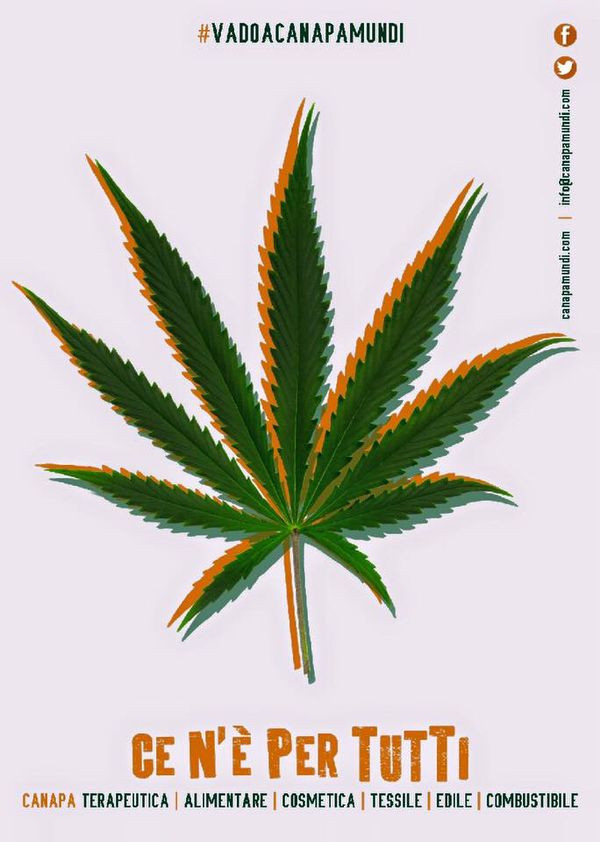 Therefore, for the moment, growing cannabis for personal use and without authorisation, will continue to be a crime punishable with up to 1 year in prison and a fine of up to 4 million euros, as outlined by the senator and vice-secretary of the State for Foreign Affairs Benedetto Della Vedova, one of the main figures involved in the debate about cannabis and bringing decriminalisation before Parliament. He also wanted to make clear that the regulation does not amount to “allowing cannabis in café terraces”.

The measure is aimed at alleviating the legal system, which is overwhelmed in the country. Andrea Orlando, the minister of Justice, added that this will “make sanctions more effective”. The measure is accompanied by other similar measures that the prime minister, Matteo Renzi, has described as “matters of little importance” that the courts will be freed from. In fact, the country has been ranked 139 out of 140 in terms of the effectiveness of its system of resolving conflicts, far below other countries such as Haiti and Zimbabwe, according to the World Economic Forum.

In addition to that, in July, more than 200 members of parliament presented a draft bill to legalise the growing of a small amount of cannabis for personal and recreational use. For the same purpose, just a few days ago, a group got together to find people that are possibly interested in creating a franchised cannabis store. According to the latest figures, Italians consume around three million kilograms of cannabis a year, so this could become a very powerful market.

Within this context, on 19, 20 and 21 February, the Hotel Pala Cavicchi in Rome will host the second edition of the Canapa Mundi fair. As the event’s main sponsor, this is something that Dinafem is certainly not going to miss out on. You can find us at stand P 04-05-06-07, just in front of the entrance door to the exhibition. The fair, officially dedicated to industrial hemp and the medical properties of cannabis, can be enjoyed over three days that have been designed for the entire family (young people accompanied by adults) and at a price that is affordable for everyone (between 8 and 15 euros).

The organisers define it as an event for nonconformists, rebels and social agitators, for everyone that sees things differently. It is also for those that do not want rules or who do not respect the status quo: “People may disagree with them, glorify them or vilify them, but what you can never do is ignore them”. What is clear, in view of current issues, is that the new political system is beginning to listen to them.

This is an event that aims to get things to change so that humanity can progress. Its supporters believe in the idea that only those that are crazy enough to think that they can change the world will change it. It is no surprise that people are enthusiastic about this event, given that around 10,000 people participated in the first edition. That figure is expected to rise; therefore the event venue has tripled in size: it will be around 8000 square metres of inside space divided over 3 pavilions dedicated to everything relating to growing cannabis seeds, the hemp industry and the cannabis sector.

The organisers also want to put an emphasis on the medical sector, as they state that the growth, transformation and selling of cannabis to satisfy the needs of patients in Italy and abroad can generate a multimillion euro business and guarantee at least 10,000 jobs. They explain that in 2014 alone, the number of farms involved in sowing doubled and that in Italy there has been a 150% increase in land used to grow hemp for the textile, construction and cosmetics industries.

These issues along with recent political events could be debated over the course of the few days, which will feature appearances from several researchers, doctors, nutritionists, associations, patients and companies that operate in the sector. They will also participate in conferences and different workshops. Also, a special emphasis will be placed on the benefits obtained by adding hemp or its seeds into our diet.

Furthermore, those attending can enjoy a great business room where they can find out about the most important operators in the cannabis market. They can also see a hemp museum that will show traditional tools for looking after the plant, as well as other more innovative projects, such as a 3D printer for bioplastics created using hemp that can be used to create all kinds of contraptions. This is the best opportunity to understand how this sector is evolving.

Those attending can also take hemp seeds with them (or obtain them at the fair itself from a distributor) in order to obtain oil instantly, given that there will be machines for squeezing the seeds, that are simple and innovative and that are cool worked, without solvents, and that manage to squeeze the maximum amount of juice out of the fruit. It is advisable to book a place, as over the course of Sunday only 15 (free) extractions can take place. 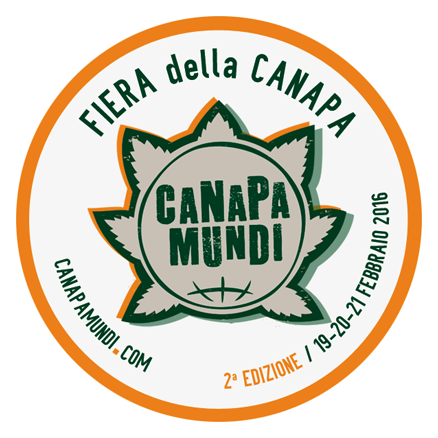 This year, the event also has a nice surprise: teaching laboratories where it will be possible to follow the phases and techniques for producing and treating hemp and creating different uses for it. The organisation proposes that, whoever wants to, can take seeds, sheets, coloured cloth and even confetti in order to create “truly unique works of art” that can be used as a memento of the experience. As you would expect, the event will also have the best current music in order to liven up an experience that is complete in every sense of the word.

It is worth bearing in mind that while things are not going backwards in Italy, there is still a long battle ahead. However, the current situation provides a little breathing space for those responsible for producing the plant, as well as for researchers that work in laboratories with the aim of creating the best medicine for people with illnesses. Therefore, forums such as Canapa Mundi are strategic places for understanding the situation, debating it, becoming more informed about it and uniting forces and efforts.

In short, the fair is designed for those that want to know more about the world of hemp and are curious about discovering foods, cosmetics, clothing and construction materials created with the plant and, become aware of its properties. The more people that are informed about this sector, the clearer and faster the route will be to the summit of legalisation. This is a moment that a country like Italy cannot afford to overlook.