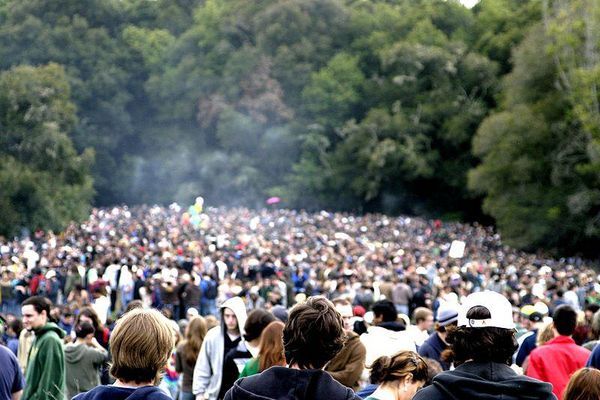 San Rafael, Northern California. 1971. A group of high school friends called the Waldos, found a hand-drawn map indicating the site of a marijuana crop in Point Reyes, northwest of San Francisco. They left at 4:20 in the afternoon, after classes, to look for that prized treasure. But they never found it.

The story spread in the United States, and celebrations are held every 20th of April all across the country, when cannabis lovers hit the streets to celebrate those students' journey. "We smoked a lot of grass back then," says Dave Reddix (or Waldo Dave), who is now an almost 60-year-old filmmaker. "The most fun was going to look for it," he adds.

Fans of the rock band Grateful Dead, dubbed "deadheads," also adopted 420 as their favourite number. In 1990, Steve Bloom, the publisher of the cannabis magazine High Times, read about why fans used this number, and for a long time scheduled editorial meetings at 4:20 in the afternoon.

Bloom thinks that this number has become a kind of code for all marijuana smokers, and even appeared in Pulp Fiction, the famous film by Tarantino, with clocks reading this famous hour.

Although years later the publication 420 Magazine stated that the Waldos had not been the creators of this popular term in the cannabis culture, they showed High Times letters demonstrating otherwise. "We're the only ones with proof," says Steve Capper, a.k.a. Waldo Steve.

There is still a long way to go, but this 4/20 we have much to celebrate. It will be the first one after the legalisation of recreational cannabis in California and the last one before Canada follows suit. At Dinafem, we hope to have new milestones to celebrate every year on such a special day.