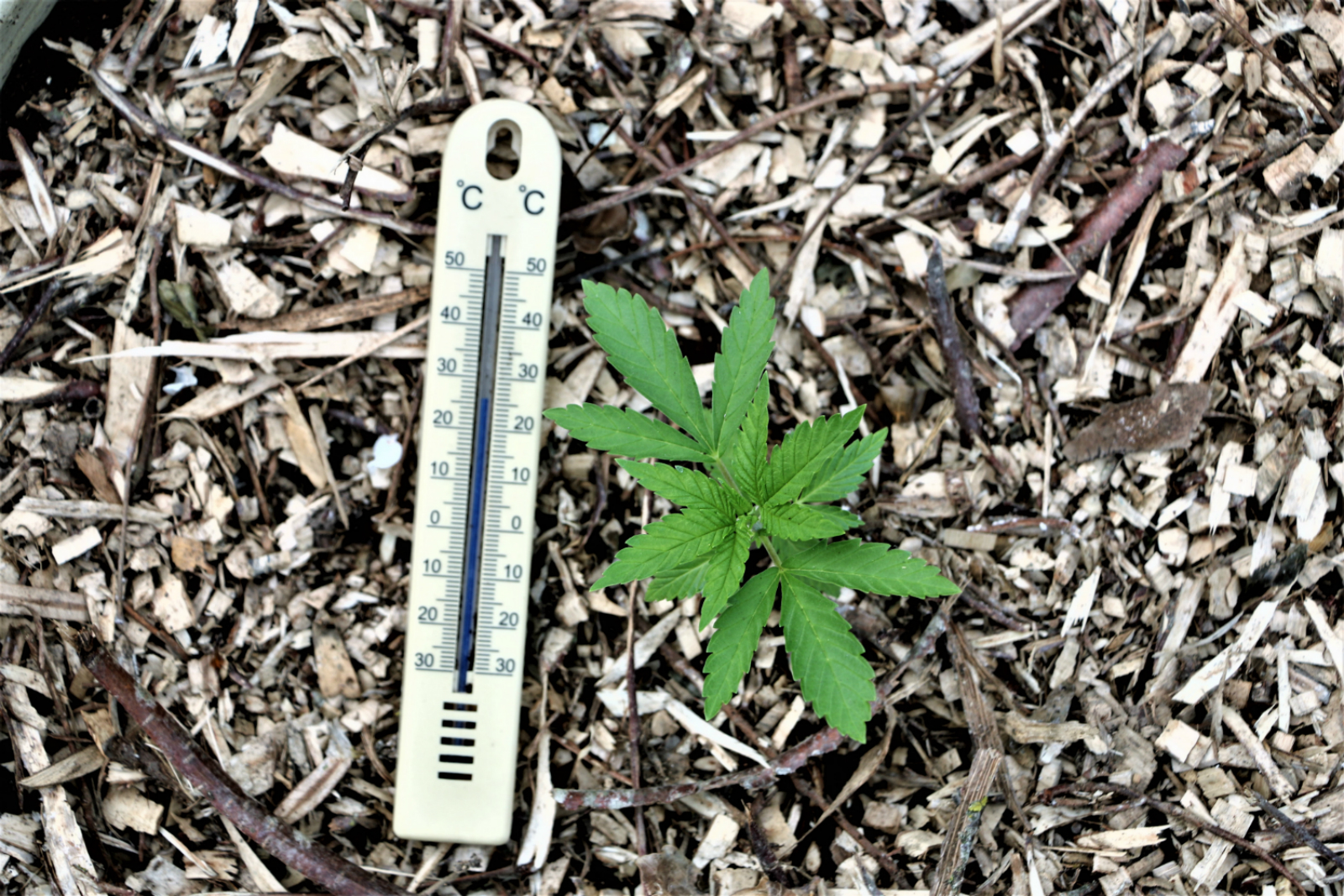 On the balcony, the choice of the strain is key 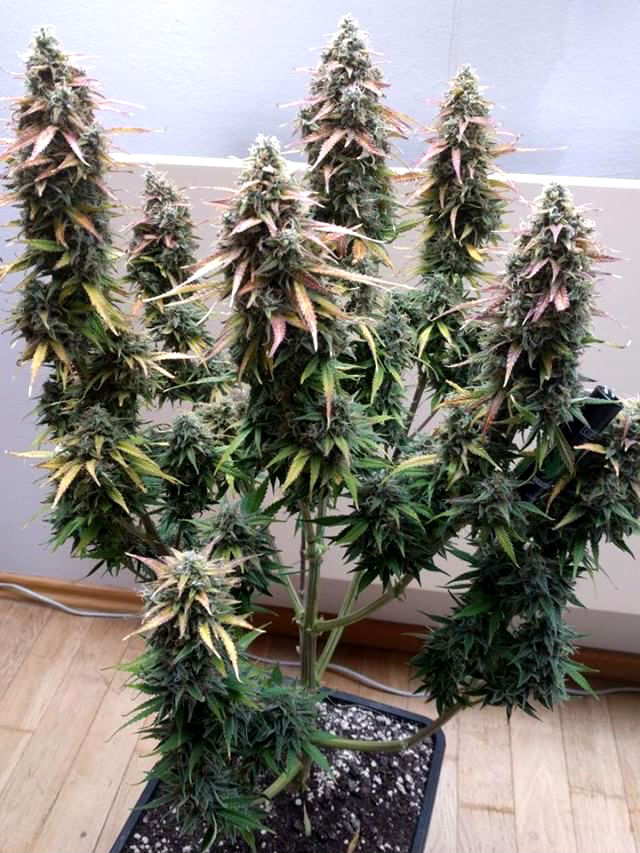 Jérémy, a grower from Paris, used his tiny but sunlit balcony to grow some plants for personal use. Over the years and crop after crop, he has learnt to master the basics of pot growing.

This is his story:

White Widow Auto is the only strain I grow. I like it because I used to smoke it in Dutch coffee shops, and it ended up being my favourite. In recent years, though, getting supplied is always more difficult, so I had no choice but to become self-sufficient. And in the absence of a better growing area, I had to settle for the ten square-metre balcony of my Parisian apartment. The good thing is that it's south-facing, so it gets direct sunlight from dawn to dusk.

In order to avoid prying eyes, it's important that the plants don't grow taller than 80 cm, 1 metre at most. This is why I always grow autoflowering strains. They might have had a reputation of being second-class weed for some time, but thanks to the improvements made by the seed banks in recent years, they are now as good as feminised strains. And this is particularly true for Dinafem. I rely on them year after year, and I've never had the slightest problem with their seeds.

Finding the right materials can be quite of a challenge

I grew my first cannabis plants five years ago - in 30L clay pots with soil for geraniums - and I soon realised that pot growing is way more difficult than I though. Finding the right soil is no easy task, plus, you have to keep it properly hydrated - in the hot days of June and July, the sun would heat the pots up to 70 °C, killing some of the plants.

Clay pots get overly hot under the sun.

Over the years, I have refined my technique, and now I use coco fibre instead of soil - it is pricier but also more efficient - which I then mix with a compost made available by the Paris park authorities. As for the pots, clay is to be avoided like the plague in balcony growing, so I use 80L fabric pots instead. These are specially designed for gardening use and can be easily found at any gardening store. Lastly, I fill the pots with sand to a depth of several cm to promote drainage.

Also, I have invested in an electric canopy that is not exactly cheap but allows me to keep the rain out. And just by adding a transparent sheet, I can turn it into an ad-hoc greenhouse, which I then heat with an oil stove. My last purchase of the season is a gravity-fed drip irrigation kit. It consists of a 100L tank and four sprinklers per pot, enough to ensure optimum soil moisture content. Before switching to fabric, I had to soak the pots to maintain proper moisture levels, but then you can end up with a sore back.

I order five seeds of White Widow Autoflowering - I also try an XXL one -and I start them on 1 May, just as the May Day demonstrators pass by my window. The weather is nice and the protection sheet allows me to keep the temperature constant at about 20-25 °C. By day four/five, all the seeds have germinated and the outlook is very promising. During the first weeks of growth, the weather turns grey and a bit chilly, so I have the stove on almost nonstop in order to keep the young seedlings at a temperature of about 20 °C - never below 15 °C at night. 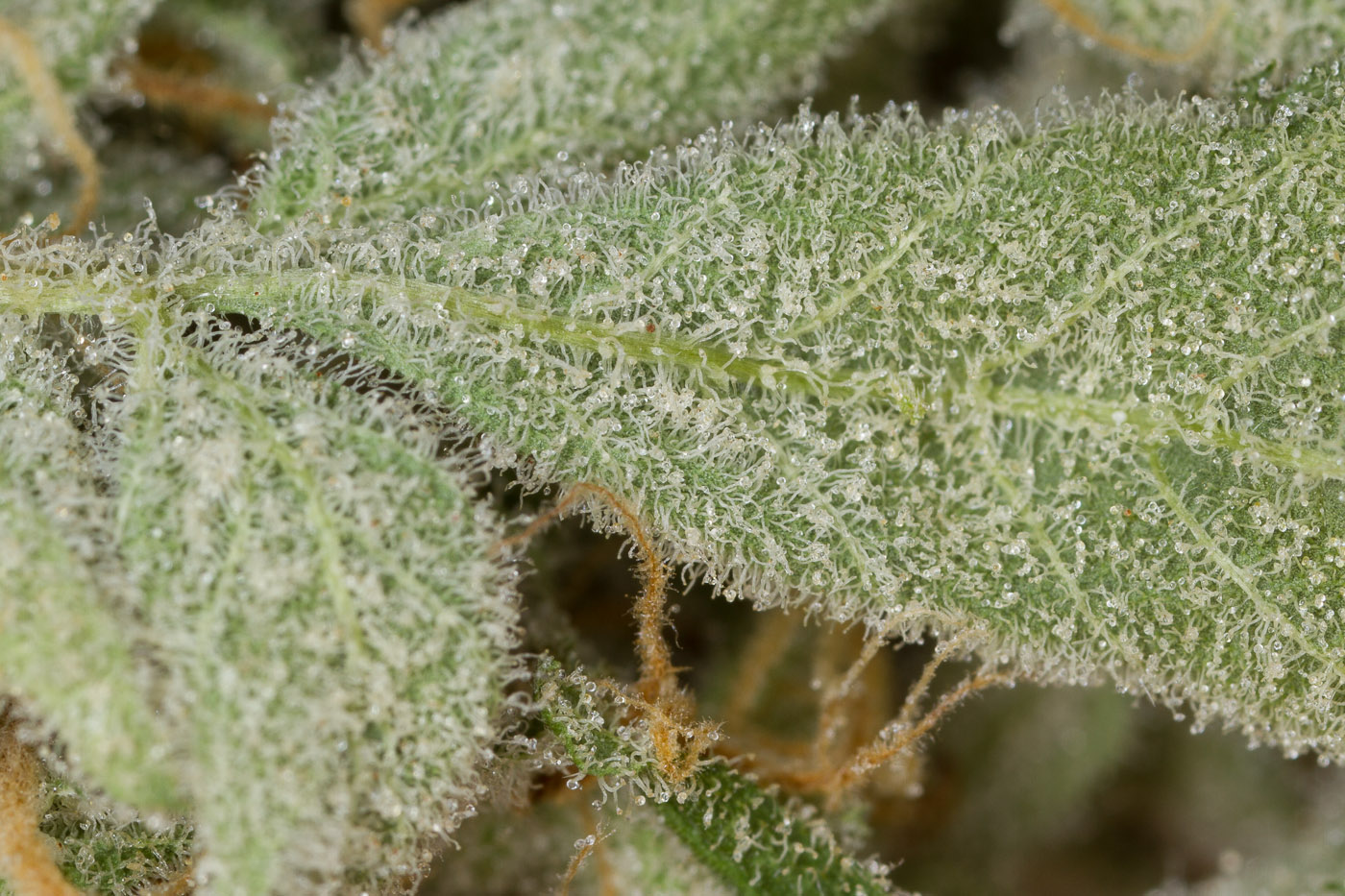 The sunlight has been kind of scarce, but during the first stage of the growing period this is not really a problem. Next year I might get an emergency striplight, though, otherwise cloudy days can really be too much to handle. The first signs of the upcoming flowering show on day 28/92, when the plants are approaching the 20 cm mark, but things don't get serious until day 44/92 - at this point the plants are about 60 cm tall. The first fruits appear on day 52/92, followed by the first trichomes on day 71/92 - when the biggest plant is 94 cm tall.

At this point, a vast green tide takes over the floor of the balcony. July temperatures are scorching hot, so I protect the plants with a blend of hemp and flax, and I surround the pots with planks to shield them from direct sunlight. Plus, I water the growing area and the balcony floor and walls three times a day in order to keep the area cool. Because of its light colour, White Widow doesn't make things easy when it comes to telling whether the plants have reached maturity. Contrary to other strains that take on reddish hues, with White Widow the attention needs to be focused on the trichomes, which turn slightly grey in the sunlight. Also, when grown in a pot, the plants show signs of ageing - i.e. yellowing leaves, withered appearance - that clearly indicate it is time for harvest. 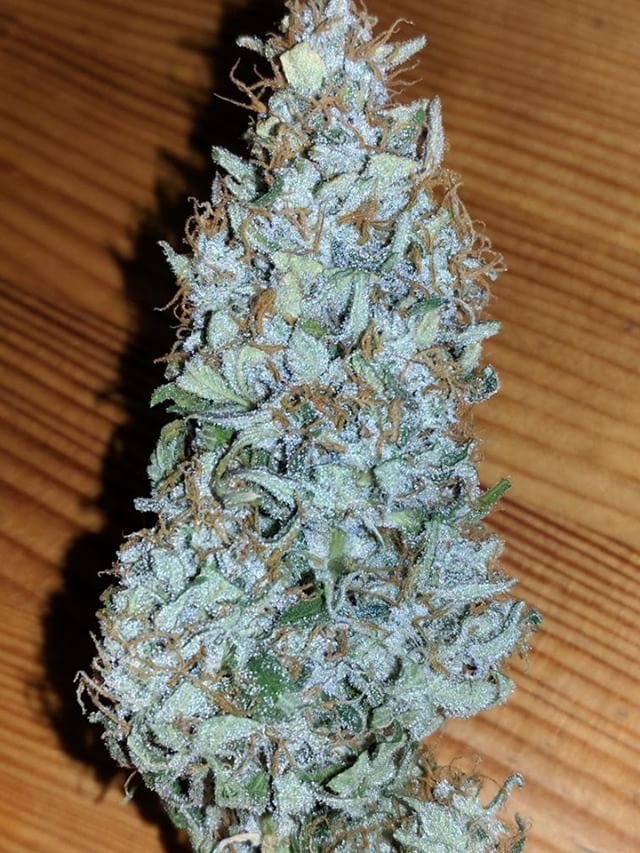 Sadly, I don't have much space for drying, and to make matters worse, my wife is always moaning about the smell. This is why I out of all the rooms in our apartment, I choose to work in the bathroom, which is fitted with an air vent. The lower flowers usually need five to six extra days to ripen completely, so I harvest in phases starting from the largest buds, which in the summer heat dry in just six/seven days.

The biggest plant is 88 cm tall and has produced 227 grams of bud - after trimming and drying - as opposed to the smallest plant, which is 61 cm tall and has produced 106 grams. The leaflets are great for consumption too, but I store them separately to avoid damaging the buds. These I store in the cellar, inside plastic food boxes next to the wine. - White Widow Autoflowering ages wonderfully in these conditions. To mark the beginning of the August break, I take out a sample of my first crop, and I am left totally amazed by its perfect state of conservation: simply astonishing!

Ganja Farmer I am an aeronautic industry engineer who lives near Lille (northern France). I have been growing outdoors in northern climates for the past twenty years. Growing different kinds of weed in the nature is a passion. Great admirer of our plant for its beauty, its majesty and its effects (recreational and therapeutic).