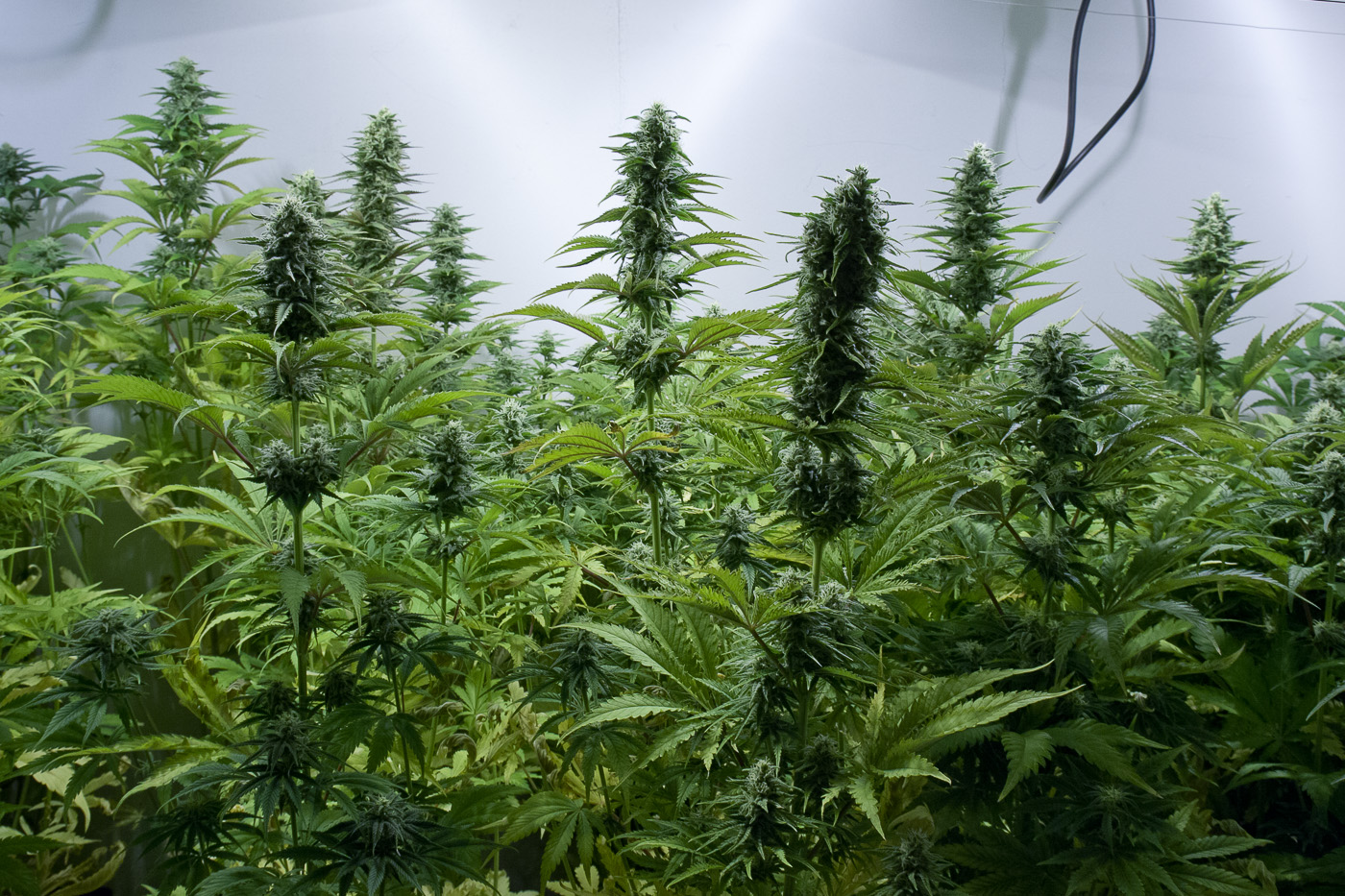 Also Spanish market leader Dinafem developed its own twist on the Critical strain, successfully striving to further improve it (within the given gene pool) which was signified by the strain name 'Critical+'. Critical + quickly proved to be very popular and it didn't last long until it was married to a potent partner, in an attempt to create something great once more - no less than Sensi Seeds' fabled sativa-dominant Jack Herer strain was the chosen one to inseminate Critical+. Jack Herer was composed of the classic building blocks Northern Lights, Skunk (again!) and Haze, the breeding history of which stems back to the 1970s. The result of this high-class crossbreeding Dinafem called 'Critical Jack'.

While Critical Jack is genetically oldschool all the way, it's albeit so vigorous, sultry and potent as if it was an untamed wild horse just caught in the great outdoors. In whose blood stream some raw hybrid power is circulating, fueled by 60% sativa and 40% indica. Dinafem describes Critical Jack as 'a flower producing machine' – within a mere 60 days of flowering, it generates tons of voluminous compact buds that literally explode at a certain point, covered with vast amounts of large trichomes. With a spectacular yield potential of up to 625 grams per sq. metre, this green powerhouse borders on the limit of what's achievable with cannabis plants indoors.

Also, Critical Jack has been bred with excellent mold and pest resistance which is good news for indoor and outdoor growers alike, because this strain is very suitable for growing outdoors as well, finishing end of September to mid October under natural light. Believe it or not, under optimum conditions outdoor harvests of up to 1,200 grams per plant are possible with Critical Jack! Naturally, it thrives best in the sunny warmth of Mediterranean climates or in a greenhouse, but it will also perform well in more moderate regions. Thanks to a THC content of up to 18% and its enhanced sativa influence, Critical Jack effects an instant powerful lift-off. The following sativa-driven head buzz is cerebral and energizing, but along with that, users also enjoy a relaxing indica sedation, so it's a very well balanced kind of effect that lasts very long.

Critical Jack also attracts aficionados with its wonderfully fruity flavour that not only often exhibits tinges of citrus, but is furthermore infused with notes of exotic wood, frankincense and pine. Given all these champion qualities, it doesn't come as a surprise that Critical Jack has already won a cannabis cup – it took 1st prize in the 'Outdoor Sativa' category at the UCLA cup (Unión Cannábica Latinoamericana). And in the form of a BHO extract, it clinched a victory in the 'Best Shatter' category of the 2015 San Bernardino Hempcon Cup, USA. The Doc was full of happy expectations when he got himself a package with five feminised Critical Jack seeds. Of which he germinated two, and already after less than 2.5 days, they came off the ground like an express train – one of the fastest germination processes The Doc had ever experienced!

Cultivation: from seed to yielding

The two seedlings quickly started to branch out vigorously, and when the vegetative stage was over four weeks after germination, they had evolved into compact bush-style plants with strong side branches and elegant shade leaves, the thin long fingers of which indicated the strain's mostly sativa pedigree.

The buds are insanely chunky, dense and hard. On top of that, they have an extremely high calyx-to-leaf ratio also and are coated with abundant amounts of trichomes which gives them a sparkling bling-bling appearance.

Also, growth was very uniform, as reported by The Doc: 'These two plants are almost the spitting image of each other, exhibiting precisely the same growth pattern and only a minimum difference in height.' When he switched to flowering, they were 51 and 57 cm tall. Again they proved to be real sprinters, rushing into the flowering stage in no time – as early as after five days, female preflowering signalled the start of blooming – full steam ahead! Consequently, 2.5 weeks later the two Critical Jack plants were full of promising 'rose-style' flower knobs that after four weeks had developed into numerous thick white flower clusters.

The stretching phase was over now and hadn't been as intense as The Doc had expected, with regard to the strain's sativa dominance. In fact, the plants had arrived at an ideal, very manageable indoor height, shaping a solid woody branch structure that perfectly set the stage for big heavy buds to emerge. One week later noted The Doc, 'the bud party really rocks now! The flowers have started to fill in and already produced plenty of resin glands. Looks as if these two Critical Jacks are going to become real winners.'

After seven weeks of flowering, he euphorically continued his report, 'yes it's a true spectacle meanwhile. These buds are insanely chunky, dense and hard. On top of that, they have an extremely high calyx-to-leaf ratio also and are coated with abundant amounts of trichomes which gives them a sparkling bling-bling appearance. But they are not only looking fantastic, they also smell most delicious, giving off a fruity velvety sweetness underlaid with a subtle hint of frankincense.' After 63 days of flowering, the two plants were definitely ready for harvest. Until the very end, they had delivered a highly homogeneous performance, with final heights of 81 and 85 cm. Their branches were bulging with big dense buds and resin production had reached a peak in the last two weeks, making The Doc rejoice 'these opulent trichome layers are some real eye candy, I just can't wait to test-smoke these lovely dank nugs!

I guess it's a blessing that Critical Jack comes with such a good mold resistance, because otherwise, given these enormously dense and tight colas, there could have been a literally critical problem.' As there was so little leaf to trim, the buds practically harvested themselves. When they had dried, The Doc happily looked at a whole shipload of beautifully glistening buds – together, the plants had yielded a sensational 253 grams of finest marijuana! They still smelled fruity sweet, but that slight note of frankincense had become a bit more manifest now. A feast for the eyes and nose alike, the very idea alone of smoking these green gems made his heart gallop. When he took the first hit from a 0.5 grams Critical jack joint, a mighty wad of mild smoke was pulled into his lungs, leaving an exquisite sweetness, both spicy and fruity, on his palate.

The Doc recognizes good sativa weed by the fact that it instantly takes effect and sharpens his vision crystal clear – which was the case here. Two tokes later, his head became as light as a floating balloon and due a rush of euphoria, his face turned into a smiley, while his body was wrapped into a blanket of pleasant relaxation. His chronic knee pains almost disappeared and it felt as if his stiff bones were made more flexible by some kind of warm indica lubricant. Yes, there it was – that well-balanced combination of lofty sativa and relaxing indica effects. Sunshine in The Doc's head, warmth in his body, two hours long. He summed up his impressions as follows: 'Critical Jack is a real feel good weed with a superior taste. In terms of cultivation, with that bumper harvest generated within only 63 days of flowering, this plant has proven to be a true production miracle. Rarely I've experienced such an impressive combination of abundant quantity and outstanding quality. Dear Dinafem breeders: this strain is a brilliant masterstroke, thanks a lot!' 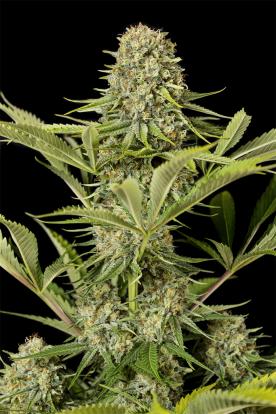