13,000 people have lost their lives at the hands of police officers - most of them drug addicts and small dealers - since Philippine president Rodrigo Duterte started his relentless war on drugs one year ago. The last massacre, one of the bloodiest episodes in the conflict, took place last summer in the province of Bulacan, where the security forces killed 32 people in just one day. According to human rights groups, police officers enjoy total impunity, with most of the killings being attributed to mercenaries working for them and not to the police themselves.

The president's iron-fist methods to stop the use and supply of certain substances, among which marijuana, is in clear contrast with the support he has shown for medical cannabis since he was elected to parliament in March last year - his statement in favour of decriminalising the use of medical marijuana turned him into the first Asian leader to publicly support this idea.

"Medical marijuana is an ingredient of modern medicine. There are medicines being developed, or are now in the market, that contain marijuana for medical purposes," said Duterte prior to being sworn into office. He added though that he had no plans to legalise the plant and that he would keep enforcing the law to deter and punish its use, an engagement he has more than met during his months in office. 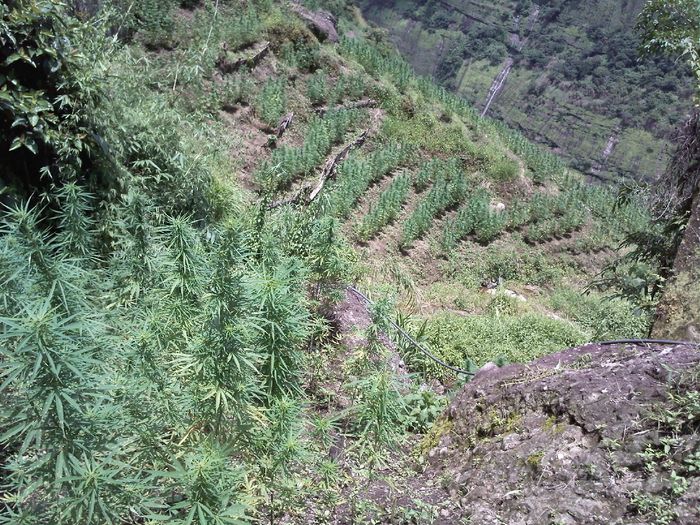 The use of marijuana has long been an open secret in the Philippines despite the harsh penalties imposed on people for possessing just a few grams, including fines of up to 400,000 Philippine pesos (€8,000), imprisonment and even death penalty until it was abolished in 2006. In fact, prior to Duterte's repression, it was not unusual to feel the smell of marijuana on the streets of big cities or to walk past a group of teenagers who quietly smoked a joint.

Now, however, cannabis growers and supporters point to a shortage of supply, which has led to the tripling of the average price of locally grown marijuana. Before this, cannabis was particularly widespread in the mountains of northern Luzon - a region with highly fertile land - and over time some of its towns became popular destinations among tourists with an interest in the plant. Now all of that is gone.

The wave of violence spurred by the president since his inauguration betrays a contradiction. Despite his statement of intent on medical cannabis, those who keep small amounts of therapeutic marijuana at home are harshly punished anyway, with suspects being visited by the police no sooner suspicions arise.

The use of medical marijuana, including marijuana-based therapies, remains extremely risky, particularly in the metropolitan area of Manila, the worst affected area by police raids and extrajudicial executions linked to the war on drugs. All of this despite the public support of the Philippine Catholic Church for medical marijuana, which is no small achievement considering the trust placed in the religious institution by both the Government and the Philippine people.

Steps in the right direction

Thankfully, things seem to be starting to change for Philippine medical marijuana users. Bill 180 or the Compassionate Medical Cannabis Act - aimed at ensuring the right of access to medical marijuana and to expanding research on its medicinal properties - was unanimously endorsed by the Health Committee of the Philippine House of Representatives in early October. The document was accepted formally after extensive consultation with experts and target groups, such as patients, lawyers, cannabis industry professionals and groups advocating for decriminalisation.

As explained by Rodolfo T. Albano III, drafter of the controversial bill and representative for the district of Isabela (capital of the province of Basilan), the aim of the bill is to invoke the right of the patients to choose treatment and the duty of the physician to honour the patient's decision, as well as to inform the patient of the side effects of such treatment.

The congressman also emphasized that the bill does not provide for the recreational use of marijuana and should not be confused with the full decriminalisation of the plant, as all other laws criminalising its cultivation, distribution and use will remain in effect.

A network of distribution centres

The details of the system that would allow the prescription and sale of marijuana to patients in need are clearly set out in the bill. The Philippine Drug Enforcement Agency has been designated as the body responsible for monitoring the supply of products to patients, who will need a medical certification qualifying them as eligible for treatment.

In order to obtain the certification card, patients will have to submit their medical history and all other medically attested documentation to the Department of Health (DOH) for inspection, after which they may qualify as medical cannabis patients. Likewise, physicians will also need a special certificate allowing them to prescribe medical marijuana. 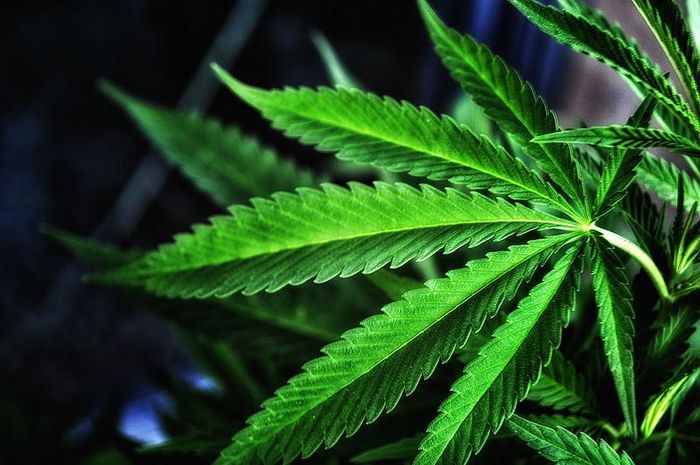 As for the administration method, the bill envisages the use of cannabis only in the form of oil, pills, capsules and other orally administered derivatives, while it bans smoking and the raw form of marijuana.

The distribution network would consist of a series of "Medical Marijuana Compassionate Centres" located in hospitals registered with the DOH and licensed to "acquire, possess, cultivate, manufacture, deliver, transfer, transport, sell, supply and dispense cannabis, devices or related supplies and educational materials to registered qualifying patients".

Still a long way to go

Although more successful than his previous attempts, this is not the first time Albano tries to pass a bill decriminalising medical marijuana in the Philippines. He had already submitted a proposal in 2014, which was met with opposition from the medical community.

And it's too early to declare victory even this time, as the current bill has still a long way to go before its final adoption. Once the Health Committee finalises its report, it will be deliberated on for second reading, after which it will be subjected to further debates, amendments and rounds of consultations. Only if it passes all these hurdles, will it be voted upon by the House of Representatives, who will decide whether it qualifies for the third and last reading. In any case, the final say is in the hands of Duterte, who can choose to sign the bill into law or veto it for good.

If enacted, the bill will grant immediate access to marijuana to some 500,000 people, the number of patients who, according to estimates, would enrol in research studies and clinical trials within the first year- the bill envisages a medical research phase before cannabis is fully marketed, a process that could take as long as three of four years.

Therefore, whilst recent events have shed some light on the situation in the Philippines, a country ruled by violence and oppression, both Philippine and international cannabis users and supporters will have to wait some time before they see how it all plays out.