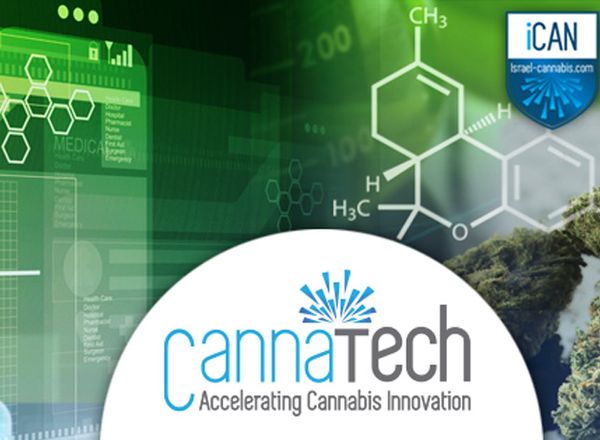 In recent years Israel has become a world leader in research into marijuana. In fact, Raphael Mechoulam, the professor who first isolated THC (tetrahydrocannabinol) in 1964, is an Israeli. It was precisely his discovery that led to his country's legislation permitting almost unrestricted research on this plant.

Mechoulam, who determined the structure of marijuana's main active ingredient, just participated in a conference in Jerusalem on cannabis which had a strong turnout. CannaTech is the name of the event that brought together more than 400 experts in the field a few days ago.

Academics, growers, promoters and advocates for cannabis use, both medical (regulated in the country in 1993) and recreational (which remains illegal) gathered at the fair.

More than 22,000 patients in Israel are already benefiting from medical cannabis to treat chronic neurological disorders such as multiple sclerosis and Parkinson's, and to relieve pain from diseases like cancer, fibromyalgia and amputations. Of course, as a nation with a population of just 7 million, the marijuana industry's aim is to make exportation legal.

However, the Police, the Army and the Government frown upon regulating the export of plants and seeds, so for now the market in Israel must focus on commercialising technologies and the know-how from its research.

"Israel is a leader in scientific research into its cultivation, and questions of risks. As there was no platform to connect people from all over the world, we came up with the idea for Cannatech," explained Daniel Gondstein, the forum's head of operations.

What is clear is that Israel is producing different startups committed to bolstering the marijuana business: Syque Medical has created an inhaler capable of measuring doses, Eybna is dedicated to developing cannabis strains for specific ailments, and Kalytera aims to produce drugs to treat osteoporosis by synthesising marijuana's chemical components.

Of course, for now the investment in this sector is limited. There are few venture capital funds that commit to investing in these cannabis-related companies, although some "business angels" have taken an interest in them.

"As much as we love cannabis, this event is not oriented towards consumption" indicated signs at the fair, which aims to bring together not only those passionate about cannabis, but all those who wish to make it a profitable business in Israel in the coming years.