There are two methods of defoliation applicable to marijuana plants.

Defoliation is a technique that consists of progressively removing a defined quantity of leaves during the growth and flowering phases. 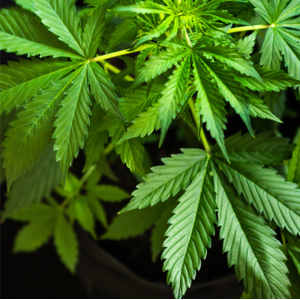 With this technique the structure of the plant in the growth phase is established so that in the flowering phase the production of flowers is both explosive and optimal. In addition, this method offers the possibility of improving the appearance of the flowers.

The technique is simple: it is just a question of removing the leaves that prevent the light from reaching the flowers that are forming so that they gain weight and acquire greater density. At the same time the production of resin trichomes, as well as the terpenes and flavonoids, is increased.

When genetics such as Bubba Kush or Remo Chemo are cultivated, almost all cannabis growers use this type of technique since otherwise their full potential would not be exploited. Usually, the lower branches and leaves are removed, as well as a small amount of leaf mass on top so that the light can penetrate into the interior of the plant.

There is a more radical version of this technique, which is intensive defoliation. In this case, at key moments of the crop cycle, most of the leaf mass in the upper part of the plant is removed. This leads to the stimulation of the phytohormones in such a way that an ideal balance between the auxins and the cytokinins is achieved.

By carrying out successive defoliations, at key moments during the growth and flowering phases, it is possible to create a plant structure where the flowering is abundant and of high quality. However, it is a process which requires considerable care because each of the genetics responds differently.

Applying this technique causes stress cycles in the plant and not all genetics produce favourable results under these conditions. Therefore, it is necessary to carry out small-scale tests before applying it throughout the crop.

This technique enhances the appearance of the flowers and the homogeneity of their structure, something which is not always favourable for all genetics. It is therefore a method which produces good results in many varieties of marijuana but not in all of them.

There are two methods of intense defoliation, "Schwazzing" and "Back-Building", which can both produce good results in certain varieties of marijuana.

Schwazzing is a technique discovered in 2015 by Joshua Haupt, author of the book "Three a Light" (which means "three pounds per light" or "1.5 kg of flower production per lamp"). As explained in the book, it involves removing all the leaves of the upper part of the plant at two points in the flowering cycle: in the first few days, and then again in the third week. 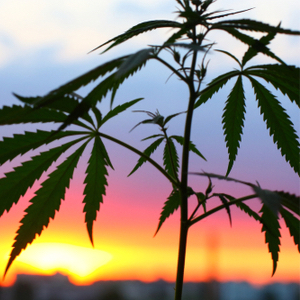 The creator of the method called it "schwazzing" because of the noise that scissors make during intensive defoliation. According to Haupt, the leaves below the two or three upper nodes must be removed. This can involve a high risk depending on the genetics that are being cultivated since the plants are stripped of the leaf mass and, as would be expected, they will need an extra nutrient supply after two successive defoliations.

Removing the leaves on the first day of flowering and again on day 21 gives the plants enough time to recover, but for this to happen it is necessary to give them an adequate ration of nutrients. In this way the plants will compensate for the loss of leaf mass by concentrating all their energy on the development of the buds.

If a rich diet is provided, the plants cope effectively with the stress created without any problems. Unfortunately, this technique only produces good results in specific varieties.

Back-building is a method of defoliation that improves the aesthetic appearance of the marijuana flowers. However, unlike schwazzing, it does not improve the final yield. 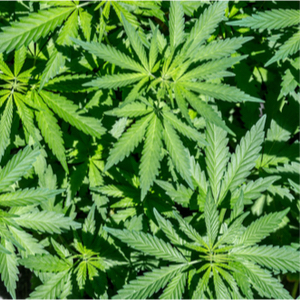 The back-building technique produces flowers with a homogeneous and more compact form, and whose appearance gives a very good first visual impression, a criterion which has increasing value in the cannabis industry today.

Back-building, bud pinching (bud topping) and bud swelling (fattening of buds), are terms used to describe the processes of cutting the tips of the flowers.

The application of this technique triggers the growth of the buds for the second time which therefore makes it possible to increase the size of the flowers.

This bud defoliation method should be applied approximately in the middle of the flowering cycle, about 3 to 5 weeks after the beginning of flowering. With this technique the objective is to distribute the natural growth hormones to the areas where the flower development is concentrated.

To limit the impact of stress on the plant when this technique is applied, in which only the first calyxes and pistils are cut, it is very important to work on a single flower for one or two weeks.