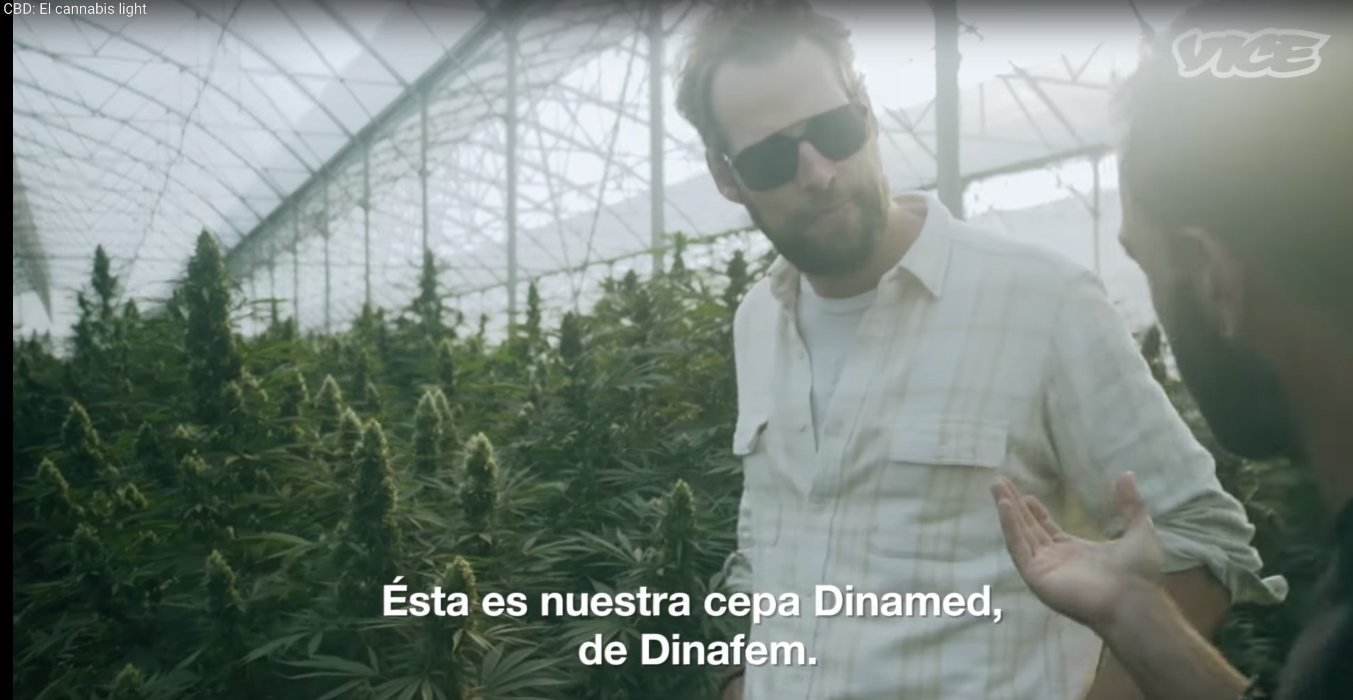 CBD: the soft cannabis is the title of the Vice feature on the legal cannabis market in Switzerland. During the nearly 10-minute documentary, journalist Pedro García, a regular cannabis news reporter for Vice Spain, visits the headquarters of Dinafem Seeds in San Sebastián (Basque Country, Spain) and the Kanna Swiss legal plantations in Kölliken, where they grow thousands of Dinamed CBD.

The preview posted on Vice's Spanish Facebook page a couple of weeks ago has been shared over 5,500 times and has received over half a million views. In this introduction, García describes the characteristics of CBD and portrays the cannabinoid as "the future of cannabis" and "the Trojan horse" that could lead to the legalisation of the stigmatised plant. The preview includes also some shots of the massive Dinamed CBD crops a few days prior to harvest.

The full report has been broadcasted on Facebook and YouTube and is an overview of Vice's visit to the premises of Dinafem Seeds. During his tour of the seed bank's headquarters, the reporter learns about the seed packaging process, visits the laboratory where strains are tested and interviews Regina Martínez Idarreta, Director of Communications at Dinafem Seeds, about the development process of CBD-rich strains.

The video report was complemented by an article posted on Vice Spain that shares the experiences of CBD users. The question raised by the title "Why CBD is revolutionising the cannabis world" is answered in the subtitle: "Not only does it help you get things done, but it also pushes you to do them."

The report in France and Portugal

The content was published also on Vice's French Facebook page. The video - with captions in French - has been shared over 1,500 times, has generated over 800 comments and has received nearly a million and a half views. Something similar applies to the article: posted on Vice France, it has been shared over 500 times and has received over 300 comments on Vice's French Facebook page. Both the video and the article were published also on Vice Portugal.