Cannabinoid Hyperemesis Syndrome (or CHS) is a rather unknown disorder that is believed to be caused by chronic cannabis use. The word 'hyperemesis' describes severe, prolonged vomiting, usually accompanied by abdominal pain and dehydration amongst other adverse symptoms.

Even though this syndrome has similarities with other well-known pathologies like cyclic vomiting syndrome or hyperemesis gravidarum (severe morning sickness in pregnant women caused by high hormone levels), cannabis defenders and the medical community cannot reach an agreement on whether this is a real illness, a misdiagnosis, or merely a hoax. Therefore a lot more research is still needed to better understand where all these issues originate from.

Let's take a look at the medical literature

In 1996, Australian scientists detected a relation between daily cannabis use and cyclic vomiting syndrome, though this was only first documented in 2004, when the Gut journal published a study on 19 habitual cannabis users who were experiencing regular vomiting. 70% of these patients saw their vomiting reduced by decreasing their cannabis consumption, whereas the other 30% carried on smoking weed and therefore continued having symptoms.

In the following years other smaller-scale studies appeared in medical literature. In 2009, for instance, a cannabis user in the United Kingdom was documented to show decreased symptoms after quitting marijuana. Also in 2009, the Mayo Clinic Proceedings journal published a report about two people who met the criteria for CHS and whose symptoms improved after stopping cannabis use.

Eventually, a 2016 review of the CHS research studies published between 2000 and 2015 managed to depict the crux of the problem: that most of these studies revolved around the worry of the diagnosis and treatment, pointing out that "its physiopathology is still unclear due to lack of research on the matter." 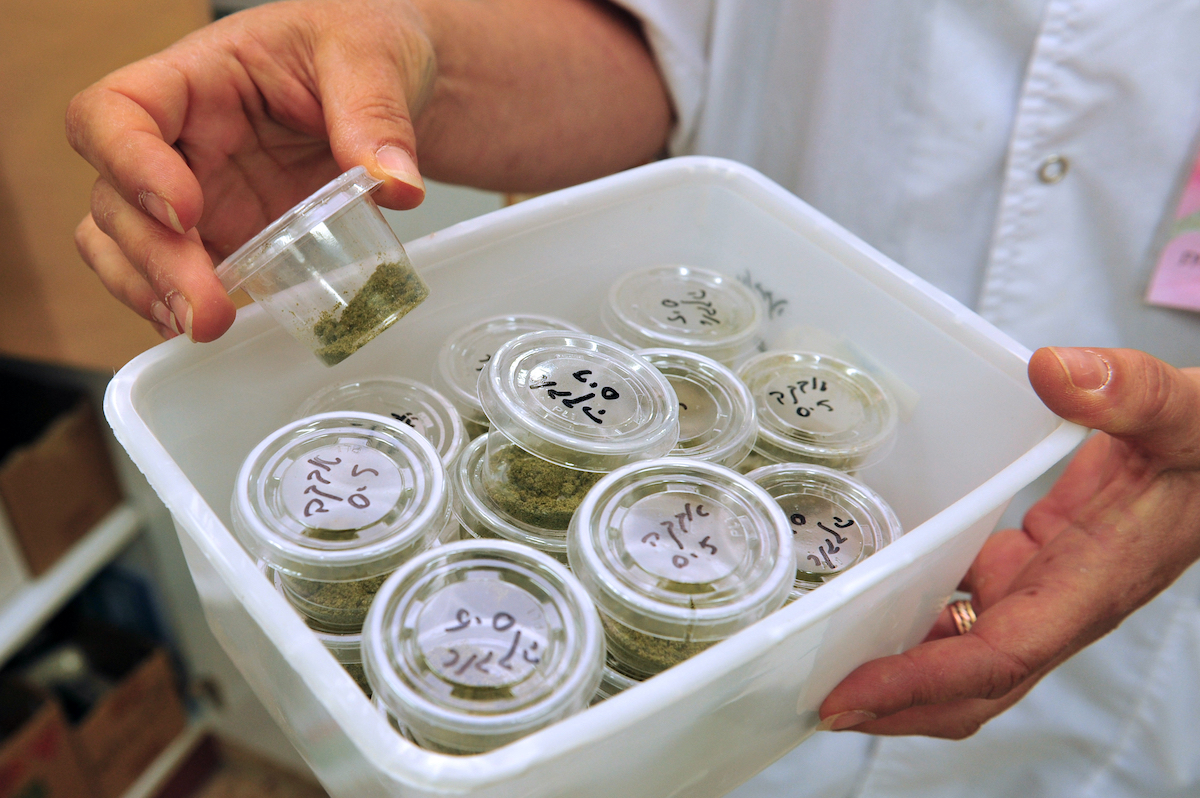 But what are the symptoms of CHS and who experiences them? Those most prone of developing this syndrome are young adults with a history of prolonged daily cannabis use, though symptoms don't always manifest themselves right away. A 2011 report published in Current Drug Abuse Reviews stated that "in most cases there's a delay of several years" until the first symptoms appear.

The three main stages in the development of Cannabinoid Hyperemesis Syndrome are as follows:

1- Prodromal phase: when the initial symptoms appear before the development of the disorder. Patients experience morning sickness and abdominal discomfort, or even pain. As these symptoms are relatively mild and can appear after several years of continuous cannabis use, many users carry on smoking in the belief that cannabis will actually alleviate their symptoms.

2- Hyperemetic phase: this is the acute phase of the syndrome when symptoms become more severe. Patients experience persistent vomiting, which can last for hours. Abdominal discomfort turns into severe pain, and can lead to dehydration and ultimately weight loss. This phase generally stops within 48 hours after treatment based on fluid resuscitation therapy and anti-nausea medication.

3- The last phase is the recovery phase, which starts after patients stop using marijuana. Side effects may include compulsive bathing or showering, sometimes even waking up in the middle of the night to do this. There is speculation that hyperemesis alters the brain's capacity to regulate the body's central temperature, so warm baths could provide a calming effect. However, this feeling is only temporary, and patients usually feel unwell again after a few minutes.

How to manage CHS

To date there's only one approved 'treatment' for Cannabinoid Hyperemesis Syndrome, and that's completely stopping all cannabis use. Patients are known to recover after doing this, with recovery taking from a few days up to a few months. In doing so, CHS sufferers stop feeling nauseous and their appetite returns to normal, ultimately recovering their normal weight.

Finally, some CHS sufferers can resume smoking cannabis in very low doses without having symptoms ever again, whereas others can never use it again without repercussions. 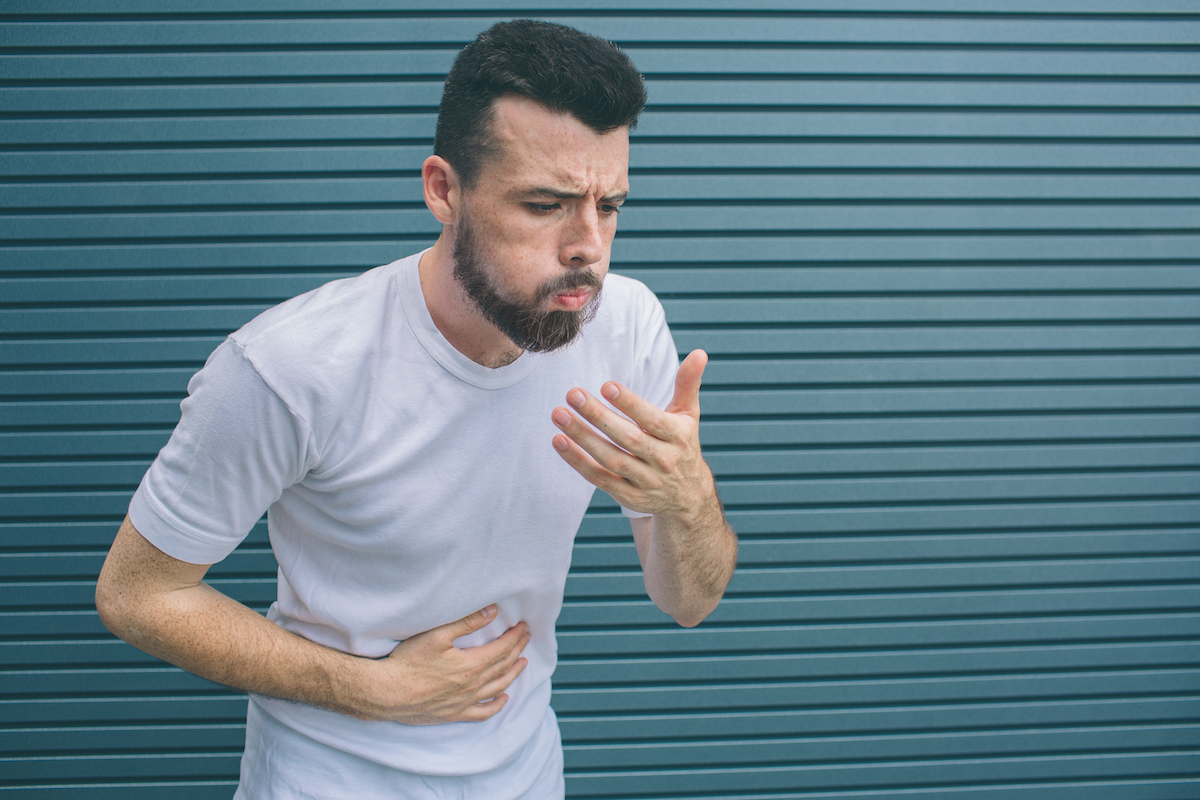 So what can cause these symptoms?

Cannabinoid hyperemesis syndrome is very rare, which makes it hard for scientists to agree on why cannabis can cause such drastic symptoms. Some have suggested that the same mechanism by which cannabis can help alleviate nausea (by activating certain parts of the central nervous system) could actually also lead to adverse gastrointestinal reactions.

This presents an interesting dilemma because there's a theory that THC excess could force the cannabinoid receptors of certain people to act in the opposite way to how they normally should. For instance, we know that THC is rather effective in the alleviation of nausea and vomiting as it binds to the receptors in the cells located in the part of the brain that controls these symptoms. Once THC binds to these receptors, a chemical reaction takes place which tells the cells to stop sending the nausea/vomiting messages. However, THC causes the opposite effect in CHS sufferers, thereby increasing the symptoms.

Therefore, there is the possibility that some people are predisposed to suffering this paradoxical reaction due to consuming THC in excess, whereas users of low THC dosages are unlikely to develop the syndrome. Besides, including cannabidiol (CBD) or acid cannabinoids (THCA and CBDA) in alternative treatments can increase their effectiveness and diminish the risk of undesired side effects.

CHS is being questioned

Whilst this strange syndrome has earned interest in the cannabis circles, scepticism and hesitation still continue. Several doctors have already expressed their concern regarding its similarity with other diagnoses like gastroenteritis, gallbladder inflammation, or appendicitis. Other possibilities include unknown vomit-inducing sources different from cannabis.

Those who support this theory have suggested that a chemical substance found in the pesticide neem oil could be the culprit. And they also claim that azadirachtin, an insecticide compound, produces similar symptoms to CHS's, which could lead to a misdiagnosis. This suggests that the chemical products used in new cultivation methods could also play an important part in this story.

With so many different perspectives, it is likely that the discussion on Cannabinoid Hyperemesis Syndrome will continue until research provides the cannabis community with more clarity. One of the few known facts is that the syndrome disappears when the use of cannabis is stopped. Apart from this, CHS still remains a mystery.