As the land devoted to agriculture shrinks because of climate, politic or economic reasons, there is growing concern about the depletion of water and energy resources. This situation has prompted industry stakeholders to explore more sustainable forms of agriculture, triggering what we could call the aeroponics revolution.

This ground-breaking development has been closely followed by the cannabis industry, as aeroponic systems offer an interesting solution for indoor growing by producing a consistent, high-quality product that uses less space and other resources. This approach to farming opens up a range of possibilities but also of risks, which cannabis producers will need to learn how to manage if they want to realise the full potential of this innovative technique.

Aeroponics is a growing method that uses no soil or medium. Therefore, it could be defined as greenhouse growing method where plant development depends entirely on the right use of nutrients. In aeroponic setups, the roots are sprayed directly with water and fertilisers, and are kept aerated via a ventilation system. Because watering is never interrupted, and light, nutrient, temperature and pH parameters are monitored at all times, the quality of the crops is usually higher. A further advantage is that, as pesticides are not required, yields are maximised both in terms of quantity and time. For these reasons, aeroponics is a valid solution also for industrial crops.

In aeroponics, plants are suspended in the air and rest on ad hoc supports fitted with ducts that provide the roots with all the necessary resources, allowing to control all the vital and nutritional parameters of the plants while inhibiting external agents. This technology has been around for decades and in different forms, but it was not until the rise in costs and other problems associated to food crops became commonplace that it started to see something of a renaissance, particularly for small-scale producers seeking to reduce costs.

- There are many benefits associated to this form of agriculture. One of them is the more efficient use of water, as it allows to obtain excellent results using 90% less water than traditional in-ground agriculture, or up to 40% less than the most efficient hydroponic set-up. This reduced dependence on water results in significant cost savings and has a positive impact on other aspects of agriculture, emerging as an important tool to ensure water conservation.

- In aeroponics, plants can be placed closer together than it would be possible in soil, meaning that more plants can be grown in the same space. Accordingly, it can be a practical solution for areas where fertile soil is in short supply.

- Over and above resource efficiency, several studies suggest that plants grown aeroponically could outperform traditionally grown plants in terms of quality. This is mainly down to the way the roots are fed, which free them from having to compete for nutrients in the soil. Further, the system offers growers unprecedented control over the growing process, allowing them to check first-hand the health of the roots and adjust the nutrient solution accordingly.

- Because the plants are not in contact with the soil, they are less vulnerable to pest attacks and soil diseases. As a result, using pesticides is not necessary, which in turn results in greater economic and environmental sustainability. 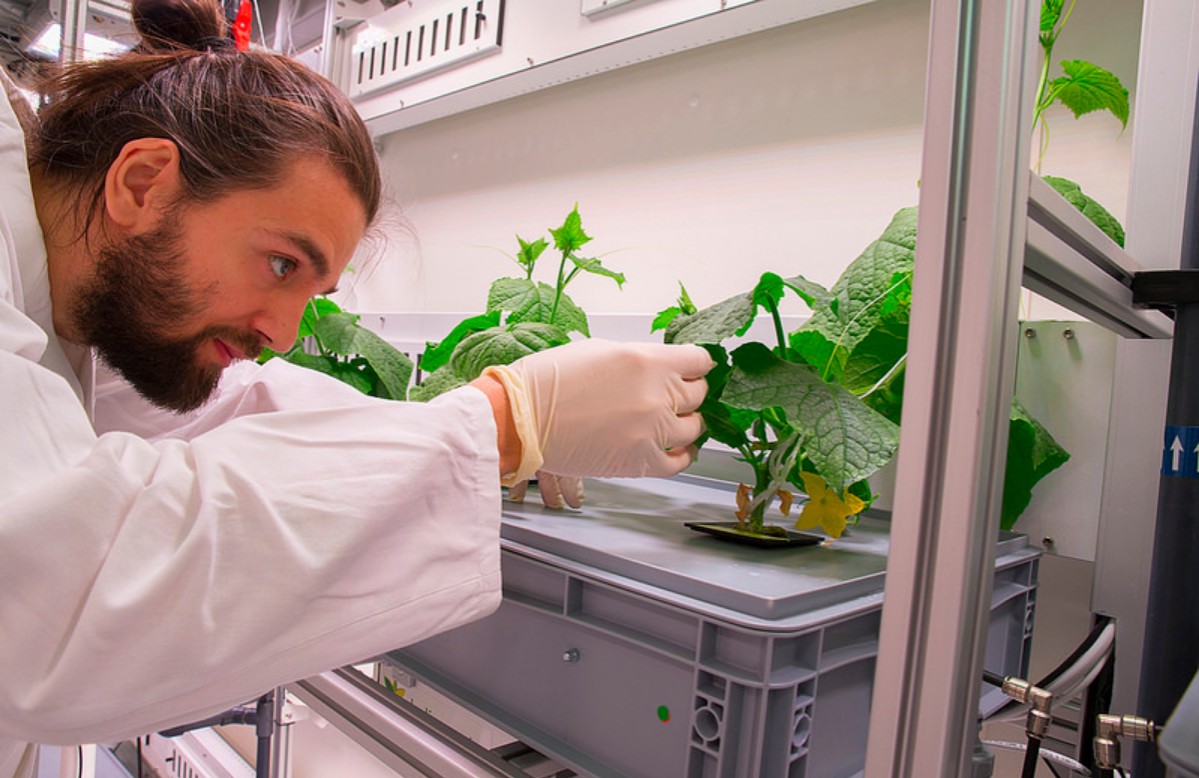 Although the sector is just starting to take off, fuelled by its enormous potential for growth, the origins of aeroponics date back to the early 20th century, when botanists developed the concept with a view to studying the structure of roots. Subsequently, in the late 1980s, American engineer Richard Stoner invented and patented one of the first forms of modern aeroponics: a prototype for growing vegetables in a greenhouse around which he founded the agricultural biotechnology company AgriHouse.

Almost forty years later, James E. Wagner Cultivation, a leading cannabis producer based in Canada, has engaged in a project aimed at optimising and relaunching this technology. The company has developed a proprietary growing process called GrowthStorm that draws on the design originally developed by Stoner. James E. Wagner says their system produces cannabis with a cannabinoid content of 25%, rather than the industry standard 20%. Production is taking place in a 14,000-square-foot refurbished facility in Kitchener, Ontario, and will be soon supported by another 32,000-square-foot facility that is currently under construction. The company also plans to establish agreements with other licensed producers in the near future, further contributing to the expansion of the aeroponic technology footprint in the cannabis industry.

In the late 1980s, American engineer Richard Stoner invented and patented one of the first forms of modern aeroponics

James E. Wagner, however, is not the only company to have shown an interest in this field. In 2018, for instance, Liberty Leaf Holdings completed a 5-hecatere facility in Okanagan Valley, British Columbia, which operates using the company's proprietary aeroponic system.

Meanwhile, the agri-tech start-up GrowX is developing aeroponics technology in the hope that advances in technology will revolutionise not only the cannabis market but the whole vertical growing industry. AeroFarms, in turn, has invested over $30 million dollars in the research and development of vertical growing facilities based on aeroponic technology. Like many other companies in the sector, AeroFarms is aware of the potential this technology has to address the global issue of food sustainability. 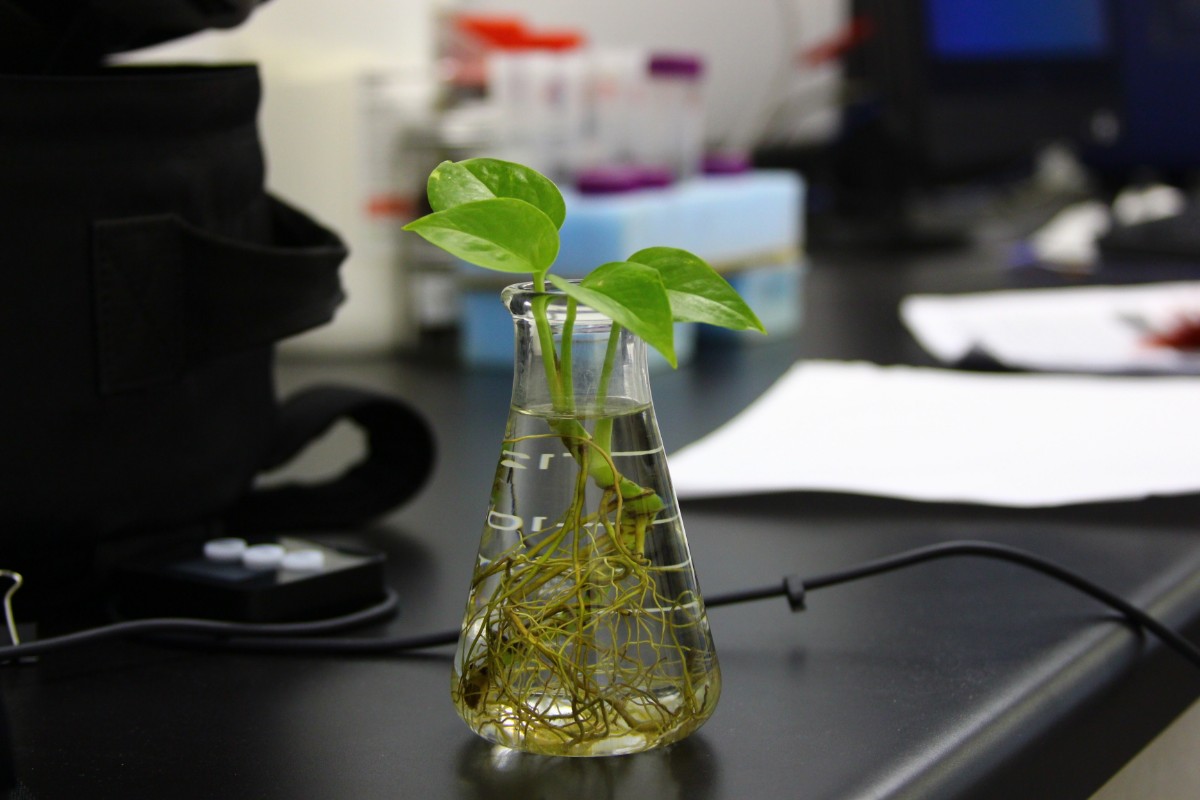 With the same factors that make aeroponics attractive for food growth applying also to cannabis production, it is hardly surprising that the cannabis industry has sets its eyes on this technology. One of the biggest challenges facing growers is getting enough growing space, so the possibility to dispense with soil makes aeroponics a practical solution. Also, the more efficient use of water is beneficial both to growers and the communities in which they operate. Most important of all, though, at list from a business point of view, is that aeroponics produces higher yields without compromising the quality of the final product in terms of size, consistency, cannabinoid content and potency.