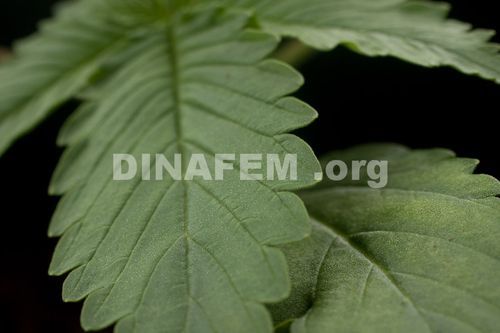 The dosage varies from person to person, and since the potency of cannabis is not absolute either, it is recommended to start with small quantities and increase gradually until you find the point where you get the desired effect. The effect, especially when ingested, takes over an hour so you should avoid making the mistake of taking too much, thinking that it wasn’t taking effect on to feel that the dosage was excessive two hours later.

There is likely some cannabis association in your province. Don’t hesitate to go to them for more information, advice and the main ingredient in all this, cannabis or marijuana. This is a time of unparalleled growth in the number of cannabis associations, with a model that works and facilitates access to cannabis without having to deal with the black market.

Without further ado, let’s go to the kitchen :-)

In a dark place, soak some 20 grams of cannabis in a litre of high quality olive oil for about a month. Then, strain it and it’s ready for consumption. A faster alternative is a water bath extraction with the same proportions but in this case, you put it in a water bath for three hours, let it cool overnight and strain it.

Sweet almond oil (topical use only)

Use the same process as with the olive oil, adding lemon essence and essence of rosemary, which can be substituted for rosemary leaves, in which case you need put the rosemary leaves in the oil at the same time as the marijuana.

Soak 20 to 30 grams of marijuana leaves in a litre of rosemary alcohol covered in a cool place away from light for 3-4 weeks. The effect is very fast, but you should combine it with olive or almond oil because alcohol dries the skin if used often and you need to moisturise it.

You can make cannabis creams with beeswax (in health food stores), olive or almond oil, aloe, etc. The proportion we suggest is:

35 drops of essence of rosemary

Melt the wax in a water bath with cannabis oil. Once melted, take it off the heat and add the essences, mix it well and quickly put it in jars. Let it cool, put them in the fridge and they are ready to use.

"You can make all of these products using pot LEAVES, although you can use buds for olive oil since, in addition to the multiple effects attributed to marijuana when ingested, you can benefit from the other effects of cannabis: relaxant, anti-inflammatory, sedative, increases appetite…"

Note: remember there are different varieties of marijuana plants and their potency may vary greatly from one to another. Learn about the variety you are going to use.