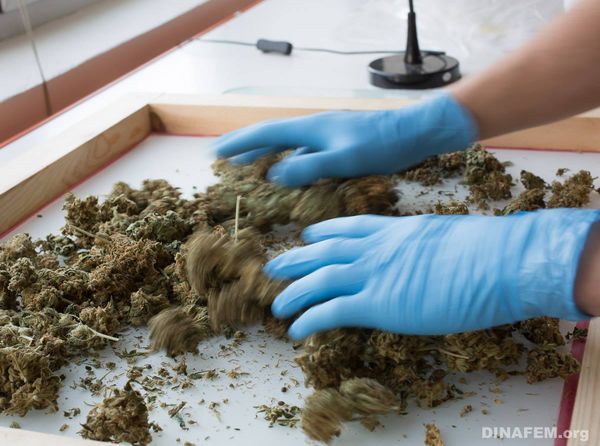 Cannabis consumption has risen in Europe. This is one of the conclusions of the European Drug Report released in June by the European Monitoring Centre for Drugs and Drug Addiction. Established in 1993, the EMCDDA produces the report annually with a view to providing "the EU and its member states with factual, objective, reliable and comparable information at European level on drugs and drug addiction and their consequences. It aims to provide evidence to inform policymaking and guide initiatives to tackle drugs". According to the report, 23.5 million Europeans aged between 15 and 64 used cannabis in 2017, among which 17.1 million young adults aged 15-34.

Cannabis consumption in Europe in 2017 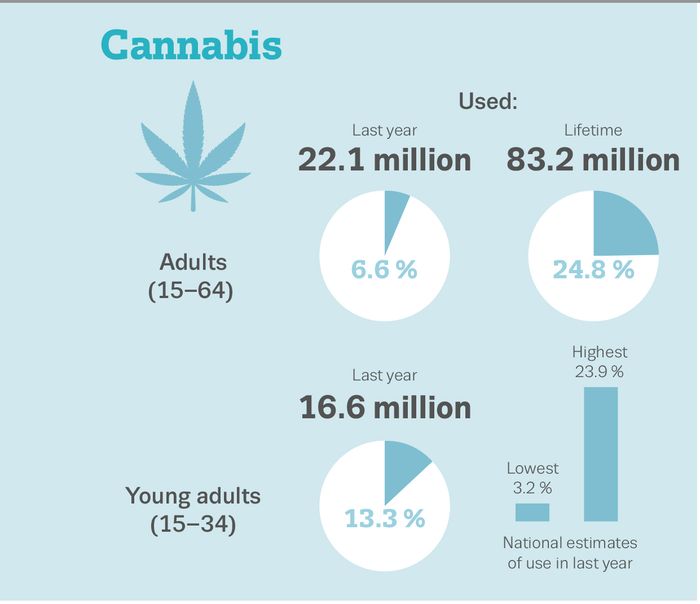 But the increase is not limited to use in the last year, cannabis is on the rise in every way. In fact, when asked about their lifetime relationship with the drug, in 2017 87.7 million Europeans reported having used it at least once, compared to 83.2 in 2016, an increase of 4.5 million people.

Cannabis consumption in Europe in 2016 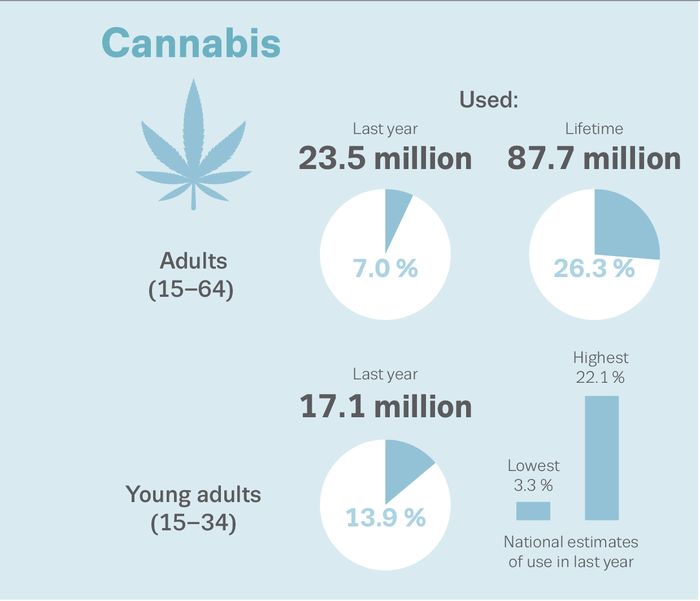 The international regulatory framework for cannabis: the first section of the report

'Do international cannabis policy developments have implications for Europe?' is the first heading of the European Drug Report 2017. While in 2016 the report opened with 'Resurgence of MDMA' and proceeded with 'New data highlight regional patterns in stimulant use' and 'Responding to cannabis remains a key challenge for European drug policies', this year it begins by stressing the renewed interest in cannabis among European policymakers.

The report recognises that in Europe "a lively debate is now taking place, with issues such as permitting the production of cannabis for personal use, and making cannabis available for treating medical conditions, of growing interest in some countries". The same heading also highlights that "the European cannabis market has already changed considerably in recent years, in part driven by a move to more domestic production".