Dinafem's Critical Cheese is a feminized variety that is fruit of a cross between two plants that cannabis cultivators really love: Critical+ and Cheese. This is not just any combination, as these are two strains of recognised prestige, famous for their spectacular aromatic and gustative properties, and also for both genetics' prolific yields.

First, we have the Critical+ strain, found in Dinafem's catalogue for over ten years. To trace its origins we must go back to the 90s, and grab an umbrella, as we head to Bilbao. In this Spanish city a grower began experimenting with Critical Mass, a hybrid between an Afghani and Skunk#1. From this plant, with Californian roots, the Bilbao resident chose a more powerful and productive phenotype, which resulted in the famous Critical Bilbo. This strain would form the basis for Dinafem's Critical+ , which since 2005 has gained popularity and recognition at every turn.

The origins of the successful Cheese are to be found in Europe, in the UK, where it has managed to seduce British cannabis lovers. This variety bears similarities to its "spouse," as it is also the result of combining an Afghani#1 and a Skunk#1. The main difference with other strains lies, however, in its intense and penetrating aroma, reminiscent of that of a well-cured cheese.

Now that we know a bit about its history, it's time to talk about the fantastic qualities that Critical Cheese boasts. As we can see in the pictures, this is a plant that grows to medium/large stature, is vigorous, and tends to really stretch out, adopting a Christmas-tree appearance. The plant's sturdy and open structure, with a large distance between nodes, and thin leaves tinged with green and orange hues, offers the grower heavy buds that are hard as rocks and coated in resin.

In fact, according to the expert grower Skunk-mad, Critical Cheese buds "are the hardest, densest and most compact that I have ever seen in my 15 years of cultivating and smoking cannabis." The quality of the marijuana, then, is beyond question. This cannabis strain took third place in the "Seed Bank Strains" category at the 2016 Secret Cup held in Naples.

Critical Cheese does not present the grower with any complications beyond the basic care and attention any cannabis plant requires. Thus, it is an apt choice for all, both novices and for those with years of experience under their belts. With just a little skill and luck, you'll be able to take home a bountiful harvest.

Ideal for the SCROG method

Critical Cheese easily adapts to both indoor and outdoor growing, although it is an ideal choice to try indoor cultivation for the first time. Although it does well using all kinds of techniques, if you use the SCROG (Screen of Green) method, the final results will be more than satisfactory.

This indoor cultivation technique is designed to maximise production while optimising space. To do this, you should focus on one or two plants with plenty of good branches, and creating a homogeneous horizontal development structure, aided by a mesh that can support the weight and guide the plants. However, if you opt for this technique, you should keep an eye on their growth to make sure that it doesn´t get out of control.

If you prefer to take advantage of a garden or terrace, Critical Cheese won´t let you down either. Outdoors it grows well, especially in temperate and Mediterranean climates, or under the shelter of a greenhouse.

As for its flowering time, Critical Cheese is characterised by a short flowering period: the crop will be ready for harvest in just 55-60 days. If you choose to grow it outdoors you should keep in mind that the best time to harvest the crop is late September and early October. In this case, you'll reap between 700 and 1300 grams of cannabis per plant – not bad for a strain that is not really meant for outdoor cultivation.

This strain, then, stands out for being highly productive: "close to a gram per watt," says Skunk-mad. Indoors, meanwhile, it can produce up to 600 grams per square meter. In this case quality is not at odds with quality, as Critical Cheese buds enjoy great acclaim.

A trick or two

If you are tempted to try new things, we suggest three options to enjoy Critical Cheese. You can do so using a vaporiser, a bong, or a joint. According to Skunk-mad, its taste is best appreciated with a vaporiser, although the consumer will experience its effects faster with a bong.

Critical Cheese's penetrating and intense aroma, inherited from its predecessors, can be a problem for growers. To keep others from picking up its scent, it is best to install an active carbon filter, especially during the final weeks of flowering, when the aroma is really pungent. With this simple step you'll be able to forget all about nosy neighbours.

The aroma and flavour that Critical Cheese gives off are bound to dazzle your taste buds. "At first you're hit with a powerful berry flavour, followed by cheese, with a dash of hash," says Skunk-mad. This strain is a plant with a fruity perfume and taste, with hints of lemon, pine and cheese.

If you go with a bong, check that the ashes are white and clean, a sign that the strain has been subjected to a thorough washing of its roots before harvest, thereby removing the flavours of unwanted nutrients. The result is a clean and pure product full of flavour; a real treat for cannabis lovers.

With a THC content that can reach 19%, the effect of Critical Cheese is very cerebral, combined with an invigorating physicality. In fact, inexperienced consumers should abstain: its great potency and the euphoria it produces makes this strain unsuitable for beginners.

Its impact lasts for two or three hours, and can be very effective in the therapeutic sphere. Thus, you can use Critical Cheese to deal with insomnia, reduce stress and anxiety, and free the mind from everyday worries. It is certainly a good bedfellow, apt for consumption to get a good night's sleep. If consumed in moderation, however, it can also be an option during the day, to improve your mood and to soothe pain. 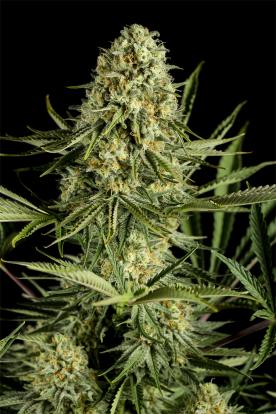