Peca, Samu, Seta and Aimar are the four members of Kulto Kultibo, a band from Irun (Gipuzkoa, Basque Country, Spain) that is deeply influenced by reggae music and the hip hop culture. Their name honours their commitment to culture ('kulto') and their defence of free cannabis cultivation ('kultibo'), as well as the love they have for their mother tongue, Basque, a language with no Cs or Vs. They've been making music together for 10 years, and they've wanted to mark this special occasion with an album that honours the number 10. This new album is called "X", and is made up of 10 songs in which they declare their love for music. With this album, they are still standing up to social hypocrisy and, above all, they're honouring the value of friendship, an unconditional relationship that has kept the band together for the last decade.

Kulto Kultibo are huge advocates of cannabis use and cultivation. The Dinafem Seeds team has been with them in the recording of their "Mery Jane" music video, a single that praises the virtues of the sativa plant and defends the right to self-cultivate. When we asked them about the inspiration for Mery Jane, they said: "Marijuana and the individual rights to smoke it without retaliation are really important to us. We defend cannabis in general, as it actually covers many areas such as medical, textile, or employment. On top of that, we're consumers, and we're totally against any reprisal for cannabis use." 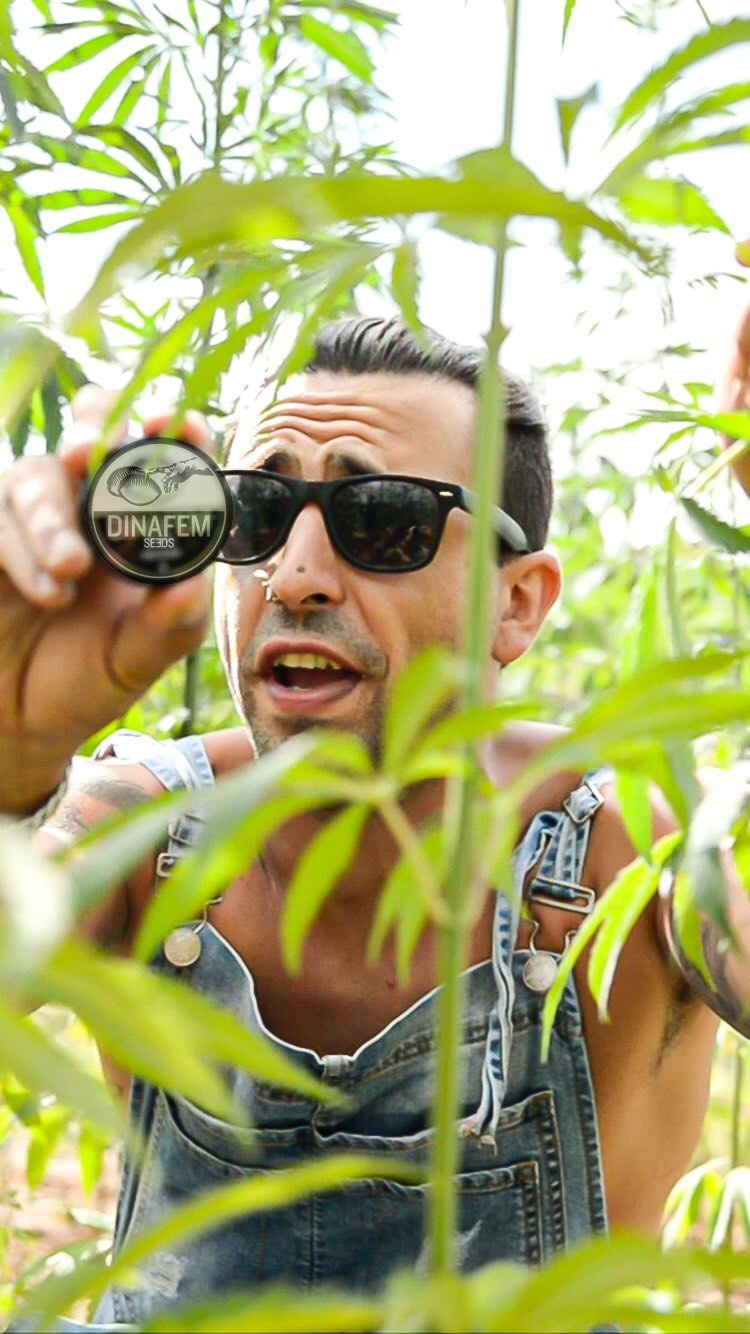 Mery Jane, an ode to cannabis

"OG Kush, Criticon, Dinafem y pal balcón. Solo dos palabras: libertad y expresión." ("OG Kush, Criticon, Dinafem and off to the balcony. Only two words: freedom and speech." This is the part of the Mary Jane lyrics that you can hear just before Samu shows a tin of Dinafem's cannabis seeds to the camera. The cannabis plant, they tell us, has always drawn their attention, and living with it has defined their identity. They admit to growing their own plants, although they confess that they like trying those of others, because "variety is the spice of life," they say.

What they like the most about cannabis cultivation is when the plants start flowering. "The evolution of nature is mind-blowing," they claim. What they enjoy the least about the growing process is transplanting and the final manicuring because, as they well know, "it's laborious work that requires total dedication."

When we asked them about their favourite strains, they told us: "A few years ago, there was a real craze for Critical, and back then she was the one we liked the best, together with Amnesia Haze, Somango, White Widow, or Moby Dick, amongst others. Strains have evolved with time, and now we're trying American genetics like Gorilla or Cookies, for instance. We like the new aromas and flavours that these North American varieties have to offer."

The band lives in Irun, so we couldn't help but ask their view on the situation of cannabis in Spain. They believe that cannabis use has evolved greatly and positively, as far as the proliferation of cannabis social clubs is concerned. "In some way it's more accessible to people who use it both therapeutically and recreationally. But we can see that, as it's still an illegal substance, this often results in drug trafficking, which can be rather dangerous."

Where to find the group Kulto Kultibo

Kulto Kultibo were meant to be on tour right now to present their latest album, but the Coronavirus pandemic has drastically changed their plans. But they explain that this doesn't worry them because they're taking it with a very positive attitude, making the most of their time to create new songs and record new music videos. Until we can attend their new show, we invite you to follow them on various digital platforms so you don't miss any of their latest news.