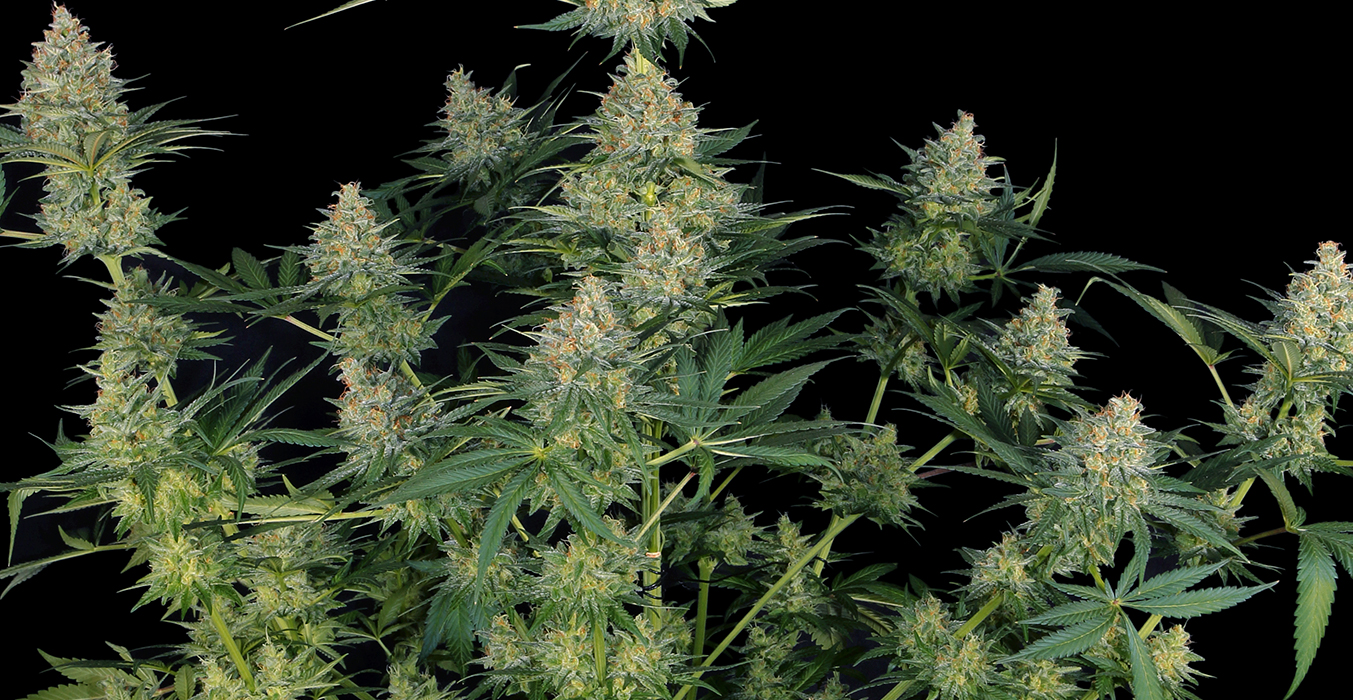 When a seed company like Dinafem is in possession of top-notch Cheese genetics, a couple of nice breeding things can be done with these of course. For instance, crossing it with Kush. Or with Critical+. Or with the legendary fruit variety Blueberry… and this is exactly what happened with Dinafem's Blue Cheese strain. Bringing about this elite cross of two scintillating cannabis strain icons, the Dinafem breeders aimed at creating a unique gourmet taste for true connoisseurs.

They expected that unique Blueberry aroma to blend into a delicious mélange together with the condimental, caseous flavour of the Exodus Cheese. With that expectation proving to be entirely correct, Blue Cheese's sophisticated aroma displays a distinct Cheese bottom garnished with a fruity sweet blueberry topping. When smoking or vaporizing Blue Cheese, that fruity sweet aspect is clearly noticeable at first, followed by a piquant Cheese note on the exhale that lingers on the palate for quite a while.

However, this exquisite flavour isn't the only special thing about Blue Cheese: Thanks to the Blueberry genetics, this plant has the potential to produce colourful leaves and flowers, varying between bluish and purple. Triggered by cold night temperatures, this attractive colouration regularly occurs with outdoor cultivation. Indoors it's also possible though, provided that night temperatures are at least 10°C lower than during the day. As a matter of course, copious amounts of resin are part of the deal, too. Moreover, Blue Cheese buds become magnificently thick and tight and reach maturity within a mere 50-55 days.

But not only is quality one the strain's strengths, it also goes strong when it comes to quantity – under artificial light, fat yields of up to 550g/m2 are possible. Despite its genetic indica dominance, this variety reveals a pronounced stretching behaviour whilst flowering, being able to triplicate its height. That's why Dinafem recommends to not let Blue Cheese grow beyond 40 cm in the veggie stage. It does also well outdoors, due to the fact that it matures already between early and mid October under natural light. Outside, Blue Cheese can potentially grow to a height of three metres and yield 600-800 grams per plant.

With its high THC count of up to 20% and low amounts of CBD, it delivers an accordingly potent and long lasting indica punch causing blissful stonedness and deep physical relaxation – perfect for unwinding after a long hard working day.

It was Mr. Knolle who happily attended to this connoisseur strain bred by Dinafem and put it to the test together with their pure Cheese strain. He didn't have to wait long for the seedlings to appear at the surface of the Jiffy pots, after less than three days, all the three seeds had "hatched" and straightened up in the light of the SANlight M30 LED modules. Mr. Knolle gave them 2.5 weeks of vegetative growth, and during this time they grew into well-branched bushes with a beautifully homogeneous appearance (although not achieving that extreme uniformity revealed by their pure Cheese sisters), measuring 30, 32 and 35 cm in height. Also, compared to the original Cheese, they displayed a slightly more open growth pattern, growing less dense.

Stem elongation in the flowering stage was expectedly intense, with the three plants stretching to 2.5 times their vegetative height during the first five weeks. Two somewhat different flowering phenotypes became apparent soon: Two of the Blue Cheeses produced spiky looking buds consisting of single flower lances crammed together to form super dense and fat buds, a gorgeous look that Mr. Knolle liked a lot. The more so as these buds did also exhibit a slightly bluish and purple touch of Blueberry, just as described by Dinafem, plus an amazingly rich resin coat, looking heavily sugared, with even bigger flower leaves being largely covered with dense rows of trichomes.

That special colouration had come about because the difference in day and night temperature occasionally was about 10°C. In addition, those bewitching buds gave off a lovely fragrance totally matching the strain description - a tangy cheesy bottom accompanied with a wonderfully fruity sweetness that really reminded Mr. Knolle of blueberries.

The third plant was apparently influenced by Cheese genes to a stronger degree, its chunky tight buds remained green, were more roundish and displayed those gaudy orange withered flower hairs that Mr. Knolle had also observed on the pure Cheese plants. They were just as copiously bestrewn with resin glands though and surprisingly smelled identical to the buds of the other pheno, cheesy with a sweet hint of blueberry.

This more Cheese-dominated plant had grown to a height of 72 cm in the end, while the other two arrived at 82 and 84 cm. So the three Blue Cheeses had structurally remained homogeneous, and also in terms of flowering times, they were close to one another: After 53 and 56 (Cheese pheno) days they had reached the finishing line. Not many leaves had to be cut off those splendid bud specimens, so trimming the buds was a breeze for Mr. Knolle. His high expectations for the yield were even exceeded as the two plants with a bluish shimmer had passed the magic 100 grams mark, yielding a tremendous 102 and 110 grams. With a dry yield of 87 grams, the third plant had performed very well, too. Praised Mr. Knolle, "simply fantastic when a strain scores that high in both quality AND quantity." The vaporizer test was yet to come when he said so, but it was beyond doubt to him that it would become a smashing success…

it's a bit like the aftertaste of Old Amsterdam cheese.

Just like a good dry-aged cheese, the buds' aroma had gained depth over the drying process. Thanks to fermentation, that condimental caseous basic note had become even profounder and that berry sweetness caressed it in an even more delicate way now. Mr. Knolle rubbed his hands with glee when it was about time for the first Blue Cheese tasting. He loaded his Crafty vaporizer with half a gram, heated it up and let the first billow of vapor float into this mouth where it effected a most palatable sweet and spicy flavour sensation which clearly pronounced its cheesy core on the exhale - "it's a bit like the aftertaste of Old Amsterdam cheese", Mr. Knolle felt.

After a second hit off the vaporizer, the psychoactive cheese wheel started to roll in his head, giving him a "creamy", i.e. smooth and soft feeling that quickly removed the stress and tension built up during a long hard-working day, sending him on a deep inner relaxation journey that had a very pleasant meditative dimension. It didn't take long until a body stone took possession of him also, relaxing his muscles, heavily strained from physical work, like some soothing balm.

It was like a wellness cure for mind and body with medium strong stonedness, lacking that devastating indica hammer not everybody can handle: "for all those who are out for pleasantly winding down and deep relaxation without a totally overwhelming indica stone, Blue Cheese is a top choice", Mr. Knolle judged and concluded "Dinafem's Blue Cheese is a colourful gourmet Cheese weed of the highest order. Its cultivation performance was most impressive, with a short flowering cycle and nonetheless heavy yield, beautiful colours, plenty of resin and a mouth-watering fragrance. Rarely have I encountered such a perfect combination of quality and quantity!" 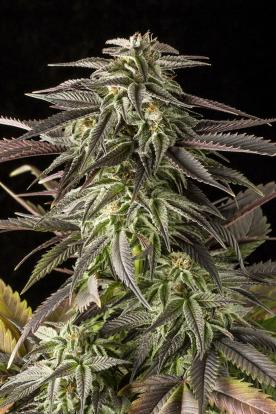