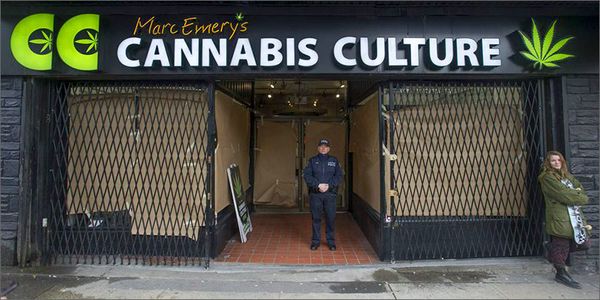 It seemed that 2017 was going to be Canada's year for the liberalisation of recreational cannabis, but recent developments suggest that just the opposite may be the case. We started off the year knowing that the new regulation promised by Prime Minister Justin Trudeau to legalise cannabis for leisure purposes would have to wait to enter into effect. It was explained that the delays were of a practical nature, but recent developments in the country indicate that it is not going to be smooth sailing for cannabis advocates, such as Marc and Jodie Emery, known as the "prince and princess of cannabis."

The two were arrested in March, accused of a number of crimes, including drug trafficking, along with three other partners of their Cannabis Culture brand, known for its popular magazine and online presence, as well as its chain of about 20 cannabis dispensaries across Canada.

According to several media reports, police arrested them at Pearson International Airport as they were about to take a flight to Barcelona to participate in the Spannabis cannabis fair, running from 10 to 12 March. Their arrest made it possible to search their homes in Ontario and Vancouver, where they had their cultivation areas, while raids were conducted at five Cannabis Culture locations in Toronto, one in Hamilton, and one in Vancouver.

After spending two nights in jail, they were released after being ordered to completely disengage from the business, and barred from engaging in any cannabis- related activity. Thus, in the ensuing days Emery removed his name from the bank accounts to terminate his link with the company's management, and sold all the dispensaries to employees.

This was not the only action against Cannabis Culture, however. At the end of March Toronto police searched two cannabis dispensaries that had belonged to the brand and are now owned by staff. Since then the raids have continued, with Jodie Emery reporting on her Twitter account that Toronto police had entered the dispensary at 461 Church Street again, despite the fact that it enjoys broad support and has generated no complaints.

The @TorontoPolice raided @461ChurchStreet AGAIN even though that shop has tons of support and no complaints (except from LPs, cops, Gov't).

A witch hunt against Canadian activists?

According to the couple in a recent interview, they knew that the police were investigating them and that an arrest could be imminent. "They've been planning this for nine months, spending millions and millions of dollars, using hundreds and hundreds of officers, all during an opioid crisis that is killing hundreds of people in this province," Marc stated.

Indeed, a public emergency has been declared in the province of British Columbia, where opiate users are dying in unprecedented numbers: with a population of just 4.6 million, in 2016 there were more than 900 deaths from fentanyl, a synthetic opiate. They assert that the federal government of Canada is sending a very clear message to them, for them to completely disassociate themselves from the sale and distribution of cannabis, so the government can control the market in an official way. 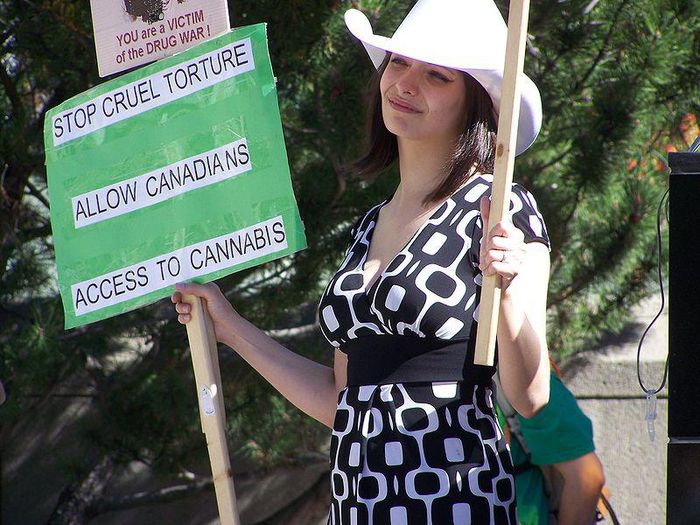 However, this is not the first time that Marc Emery has had problems with law. He has been arrested 30 times, and served five years in US prisons for selling cannabis seeds south of the border. On this occasion the activist faces 15 charges, including conspiracy to commit a crime, possession of drugs for trafficking, and, directly, drug trafficking. "I have been exiled and mistreated by my own Government at every level .... But I'm used to abuse and I'm famous for it," Marc said.

Jodie Emery, meanwhile, has been charged with five similar offences. "I'm quite concerned, but we're innocent until proven guilty," said Jodie, while highlighting the importance of Cannabis Culture. "It's not just a magazine or a store, it's much more. It's a movement, and we can no longer participate in it," she explained.

Cannabis Culture is probably one of the most famous cannabis-related brands in the world. It began in 1994, the name attached to a store and a magazine. It recently included a smoking club, several cannabis dispensaries, and a major movement, with more than 2 million fans on Facebook. Today all its activity has ceased.

In Canada the sale of cannabis without a prescription remains illegal. "We have been enforcing the law, which is absolutely clear on the fact that dispensaries are illegal," said Mark Pugash, spokesman for the Toronto Police. In spite of this, in recent years these types of establishments have spread, and some municipalities in the regional district of Greater Vancouver are organising to obtain licenses.

In 2012, under the conservative government of Stephen Harper, there were 40,000 Canadians growing cannabis at home. Many of these home growers now supply these dispensaries with cannabis. However, for the time being only patients registered with the Canadian Health System, some 130,000, can acquire medical cannabis, from 40 producers holding the necessary licenses in the country.

In the face of these latest developments, Health Minister Jane Philpott has stated that the federal government is still committed to the legalisation of recreational cannabis, though she also warned that it will be a long process, as it must receive Parliamentary approval and is subject to regulatory control. "It has to be duly deliberated by the House of Commons and, ultimately, the Senate as well. This is something that has to be done right," Philpott explained.

Cannabis advocates, meanwhile, complained that the current law must change. "The law is unfair. When a law is wrong...there are many social issues where civil disobedience can help to overturn it," says Jodie Emery. She even argued that progress has been made because dispensaries and patients break the law, but when they wind up in court they end up winning.

Against this backdrop, the couple must wait until April 21, when they will have to appear in court in Toronto to defend themselves from these accusations. If convicted, it will be time to ask whether cannabis's legalisation has a future in Canada.