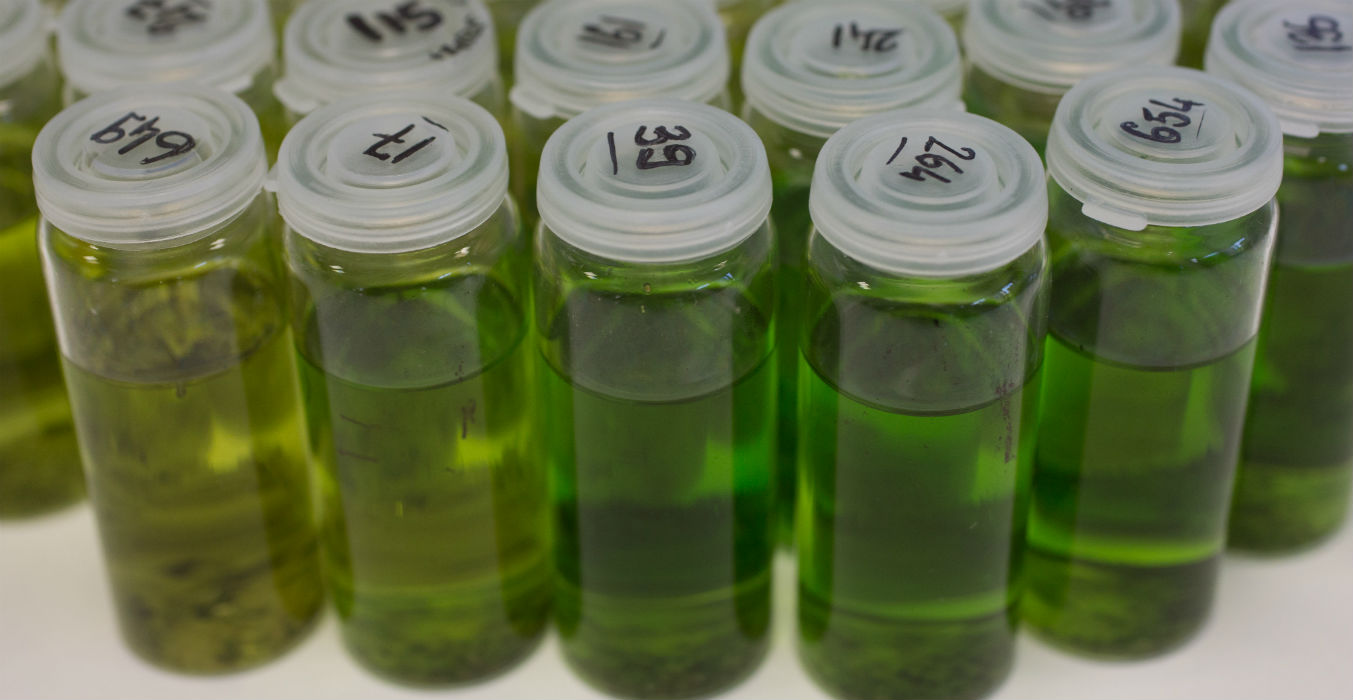 Responsible for the creation and improvement of strains, breeders are pivotal figures of seed banks. In an effort to learn more about this profession, we have talked to our team of breeders, the ones who really know what goes on behind the scenes. How are new cannabis strains created? What does this job really entail? Keep reading to find out!

What is a breeder?

Breeders are professionals that create cannabis strains whose traits stand out for some reason, bringing something new and different to the market. To put it simple, they seek to improve and diversify the existing cannabis strains. The parameters that define the traits that should be enhanced are very subjective though, as they respond to factors such as market demand and the economic profitability of the production process.

The varieties available in today's market are genetic recombinations of other strains created by breeders through selection processes. In that regard, one could say that breeders are the heart of seed banks, for without them there would be no new strains to market.

What makes a good breeder?

Patience: Breeding does not happen overnight, it is a long journey that may involve years of genetic selection procedures, with no guarantee of success. After months, even years of hard work, breeders might well find themselves at an impasse and realise there is no point in getting on with the process. A good breeder is patient and tenacious about his work, accepts defeat humbly and learns from his mistakes.

Discernment: Good breeders know which traits to select. When it comes to large-scale marketing, it is important to find a balance between personal taste and the preferences of consumers.

Sensory acuity: Breeding is done by eye, this is why good breeders should be able to assess the characteristics of plants through the senses. Sight, smell and even touch play a major role in genetic selection, as it is based on these senses that breeders decide which individuals to rule out. While it is true that the laboratories of seed banks such as Dinafem play a key role in today's breeding processes, the good eye of breeders remains an essential tool.

Experience: good breeders are not created overnight, it takes years of hard work to assimilate the necessary knowledge and skills.

What does the breeding process involve?

1. The breeder sets his goal, that is, the 'ideal plant' he wants to obtain, which he uses to select the parents - plants which resemble the ideal he is after as closely as possible.

2. Once he has selected the parental plants according to the desirable traits, he crosses them to obtain the first generation (F1).

3. He assesses the individuals of the F1 and selects the ones that most closely resemble the target plant. 4. The F1 individuals that exhibit the desirable characteristic are either inbred (crossed between them) or backcrossed (crossed with the parents), according to the specific goal.

5. The offspring of the F1, the second generation or F2, is assessed and the individuals with desirable traits are selected and crossed into the F3. The resulting third generation is normally a stable population, although in some cases - with autoflowering strains, for instance - a fourth generation may be necessary to ensure stability. 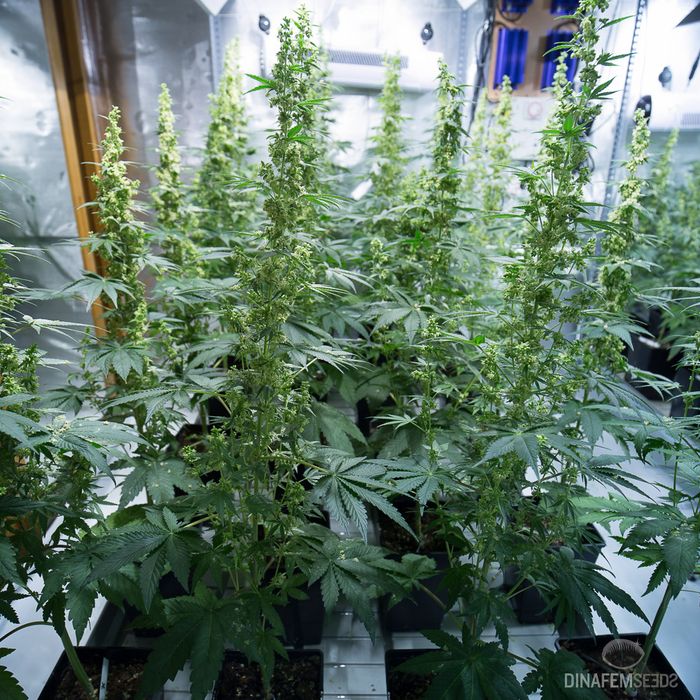 What do breeders look for when creating a new strain?

Vigour: This feature is one of the most appreciated one by breeders, as vigorous plants tend to grow bigger and produce higher yields.

Adaptability: With cannabis being grown all around the globe and in very disparate environmental conditions, adaptability is definitely something to consider.

Hardiness: Hardiness is the ability of a plant to survive adverse weather conditions such as cold or hot temperatures, humidity and drought.

Maturity: Controlling the maturity time of plants is a fundamental aspect of cannabis growing. Whether for producing fibre, flowers or seeds, knowing when a plant has reached maturity is key for harvesting.

Calyx-to-leaf ratio: Closely linked to the yield of plants, this is another feature breeders pay close attention to. When assessing this parameter, attention should be given to the colas, that is, the main buds of plants. A calyx-to-leaf ratio of 1:1 is poor, 2:1 is acceptable, 4:1/5:1 is good and 7:1/10:1 is excellent. A good calyx-to-leaf ratio is often synonymous with a good crop - in terms of quantity, not potency - and means less manicuring work.

Flower traits: For obvious reasons, this is one of the most important aspects in breeding, and different factors need to be taken into consideration:

Shape of the leaves: This trait is important with regard to the plant's adaptability to the environment.

Morphology: A plant's phenotype depends on several factors, such as the environment and the growing conditions. That said, genes play a key role too, morphology being a major point to take into account in breeding.

Size: Determined by the growing conditions, the environment and the genetics, size is something breeders should always bear into account during the breeding process, particularly when creating strains that are well suited to indoor growing. In such cases, Sativa genetics are best avoided, as the resulting plants would grow too big, causing havoc in the grow tent.

Potency: Although we are experiencing a gradual paradigm shift, increasing the THC levels has been a haunting obsession for breeders in the last decades. More recently, however, many breeding processes focus on increasing the levels of other cannabinoids, such as CBD.

Hybridisation opens the way also for undesirable genes - usually recessive - to form pairs and express their characteristics in the next generation. This is why breeders should clearly define their goals before starting the genetic selection procedure, and ask themselves these questions:

The work of breeders consists precisely in eliminating the undesirable traits while fixing the desirable ones, trait fixation meaning that a given characteristic will be invariably expressed in future generations. This is why, so to speak, nothing new is 'created' through breeding, it all comes to the recombination, though limitless, of existing genes, which gives rise to new genotypes.

"Bear in mind that in the production of any new plant, selection plays all-important part. First one must get clearly in mind the kind of plant he wants, then breed and select to that end, always choosing through a series of years the plants which are approaching nearest the ideal, and rejecting all others." 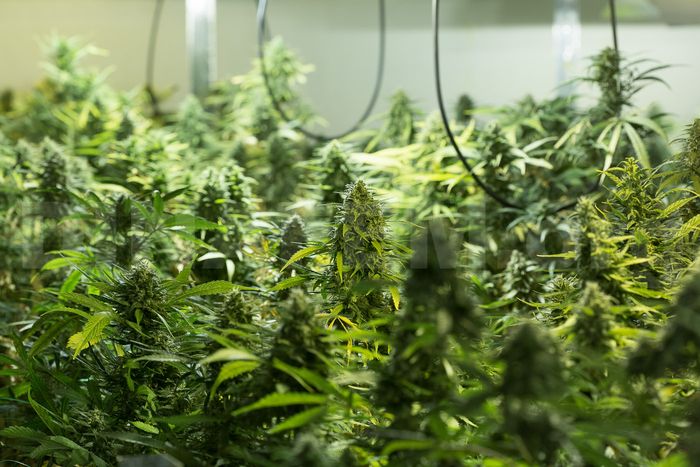 The musts of breeding

Selection: Genetic selection is at the heart of all breeding processes. In the cannabis industry, these are based on Mendelian genetics, that is, on the analysis of the genetic patterns that are expressed in phenotype generation after generation.

Controlled pollination: It is of utmost importance that only the pollen of the parents selected by the breeder for their characteristics passes on the genetic information to the next generation.

Alternatives: Using large samples for genetic selection requires having a big, covered space, plenty of time, dedication and money. Yet not all breeders have so many resources available. This is why many of them resort to early selection as an alternative, as seedlings take up less space than adult specimens and some basic traits such as vigour are already detectable in the first life stage of plants.

There is a wide range of methods for creating new strains:

Crossing: Also known as hybridisation, it is the mating of two different strains with special characteristics.

Inbreeding and segregation: It consists in crossing the offspring of the parental plants together, that is, the F1 or first generation, and in selecting the individuals of the resulting F2 that exhibit desirable traits. In short, it is the crossing of the best specimens of a filial generation with their siblings in order to gradually stabilise the desirable traits.

Backcrossing: It is the crossing of the individuals of a sufficiently stable generation with one of the parental plants in order to fix its desirable traits.

Recurrent backcrossing: It involves repeating a backcrossing so as to fix one or various desirable traits.

Trait fixing crossing: It is the crossing of two highly homozygous individuals in order to increase the frequency with which a given trait is expressed in the progeny.

Selfing: It is the self-pollination of a plant with a view to reducing genetic diversity and increasing stability.